* Shaken baby syndrome usually occurs when a parent or caregiver severely shakes a child in frustration or anger, often because the child won't stop crying. Permanent brain damage or death may result.

* Treatment will vary depending on complications related to shaken baby syndrome. In rare instances, breathing support or surgery may be needed to stop bleeding in the brain. 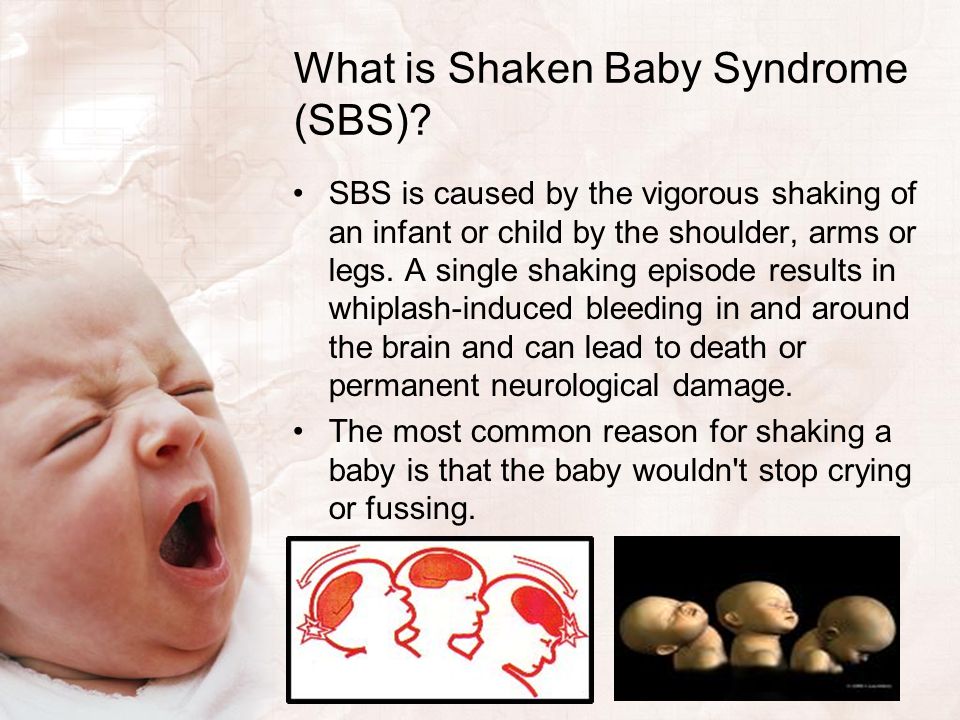