Definion: A concussion does not necessarily affect intelligence. ... Following a concussion, the brain is unable to function as well as it did prior to injury. This is why we typically see some difficulties with memory or academics. However, once the brain recovers there is no change in a person's overall intelligence.

Lesions of the hippocampus and overlying neocortex were produced in cats of varying ages to determine whether the age at which the damage occurred would be related to the behavioral deficits observed. The behavioral deficits obtained depended upon the age of the animal at the time of surgery and on the particular task and response measure being considered. For animals suffering either hippocampal or neocortical damage reduced deficits on the DRL tasks, were obtained if the brain lesions were produced at, or before 4 months of age, in the extinction of a runway response, animals with lesions made early in life were unimpaired, while animals receiving lesions at 6 weeks of age, or later, were significantly impaired. Cats receiving hippocampal destruction at 6 weeks of age, or later, were deficient on the reversal of a brightness discrimination, while cats with neonatal lesions were not significantly different from controls. Animals with hippocampal lesions made at any age were impaired on the passive avoidance task and also had similar degrees of response fixation in the reversal of the brightness discrimination task. An unexpected result of the present study was the similarity found in behavioral effects of neocortical and hippocampal lesions in several problems. 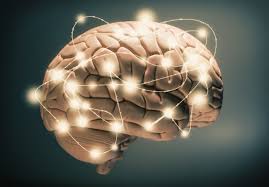