When we bought Katie we didn't realize she was going to have babies (fry).  However, she first has to release her eggs  before they become fry.  Then the male has to help with the eggs. Wow!  There is a lot of information about bettas.  That's where I learned how to care for Katie.

This is Big Blue (he's not really 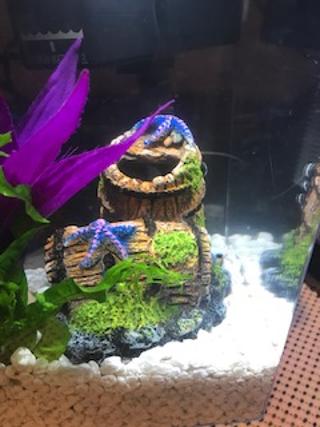 He is afraid of Katie.  We tried to put them together first.  She chased him around and even bit part of his fins off!  That didn't work. 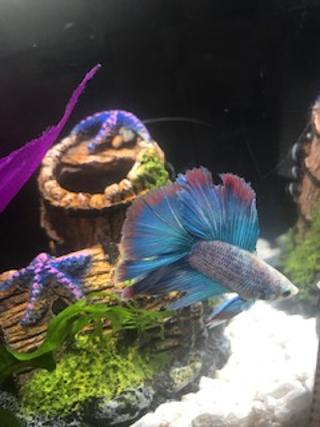 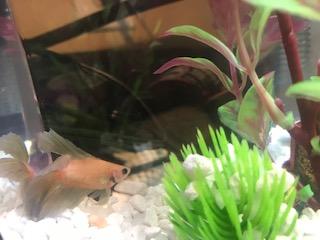 Sans was also horrified by Katie.  He just became super stressed out.  So we had to try something else.

The first attempt was not successful.  So I actually tried Bumblefish - he was super aggressive.  So after doing more reading, it said that the red color of bettas are the most successful.  So we tried again.  It took a while for them to get used to each other, but then they got along!  Phew!

This is a bubble nest that Mr. Red made. 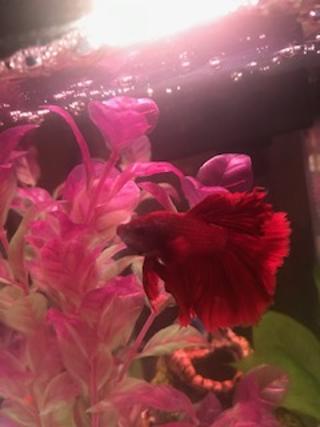 The male makes a bubble nest to put the eggs in.  The blue thing in the tank is a divider.  It keeps the 2 fish separate while Mr. Red makes his bubble nest. 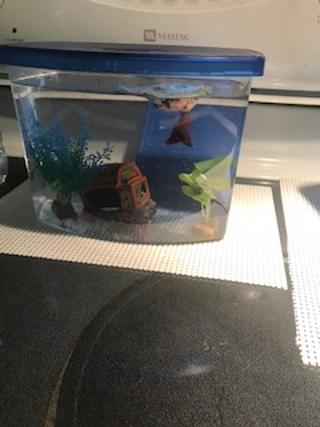 Katie releasing her eggs with the help of Mr. Red. If you can zoom in, you will see the eggs under Mr. Red.

Katie needs a male to help release her eggs.  Unfortunately, Mr. Red ate the eggs as she released them.  Don't be surprised, that often happens.  They instinctively know if the eggs are healthy or not.  I'm going to make an inference that these eggs were NOT healthy.  Even though it seems terrible, it's part of their life cycle.  If the eggs were not healthy, they would start to deteriorate in the water and could cause health problems for Katie and Mr. Red.

*4-LS-1:  Construct an argument that animals and plants have internal and external structures that support their survival, growth, behavior and reproduction.