Up until now, we have only looked at what everything is made of -- matter.

Now we will look at its movement.

The study of movement is called kinetics.

You will learn the basic laws and formulae for motion as well as simple machines.

You will explore this content through several building projects.

You will also focus more deliberately on note-taking.

Our class's definition of energy:

Put this in your notebook 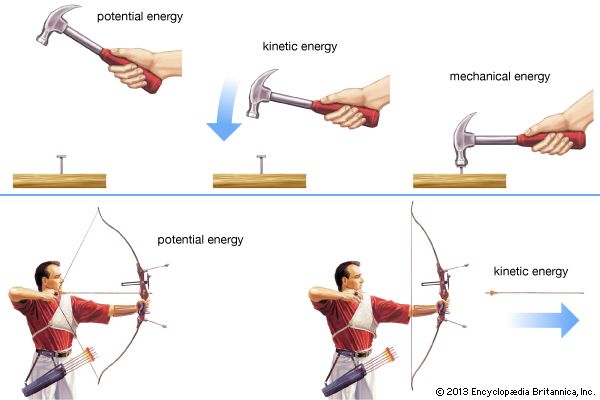 Put these definitions in your notebook.

Energy cannot be created or destroyed, only change forms (except through E=mc2, but that is for another time).

It is important to note that we cannot escape friction which resists all motion and slows everything down. 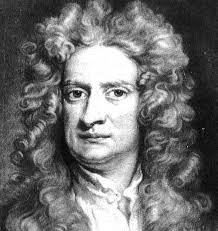 Everyone knows about Newton's law of gravity, right?

This says that everything has gravity!

It also says that the force of gravity felt is a mutual force (you are pulling the Earth upwards right now).

Everything accelerates here on Earth at roughly the same rate (9.8 m/s2) until it hits its terminal velocity (this is based on its shape).  That means that a bowling ball and a feather both fall at the same rate...until the shape of the objects experience friction (drag) with the air and slow it down.

One more thing of note on gravity while we are here is about center of gravity.  Let's look at this... 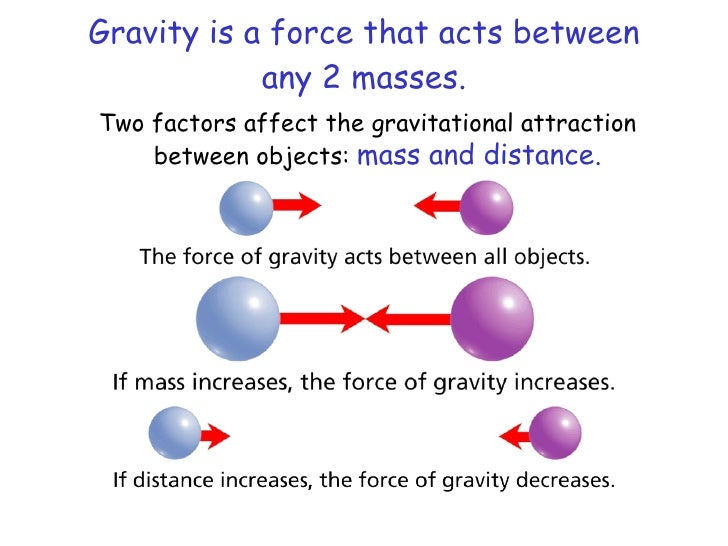 Newton also discovered and clarified three laws of motion that govern everything you experience (not atoms or galaxies, we need Einstein's theory of special relativity for that).  You will need to write all three of these laws in your notebook. 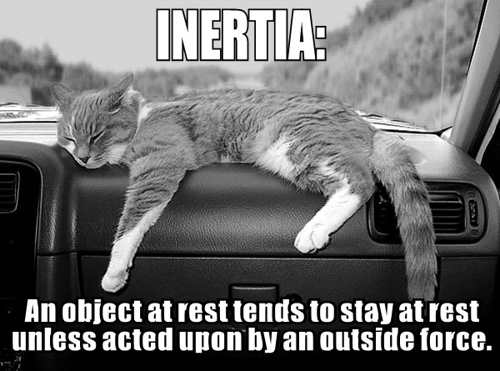 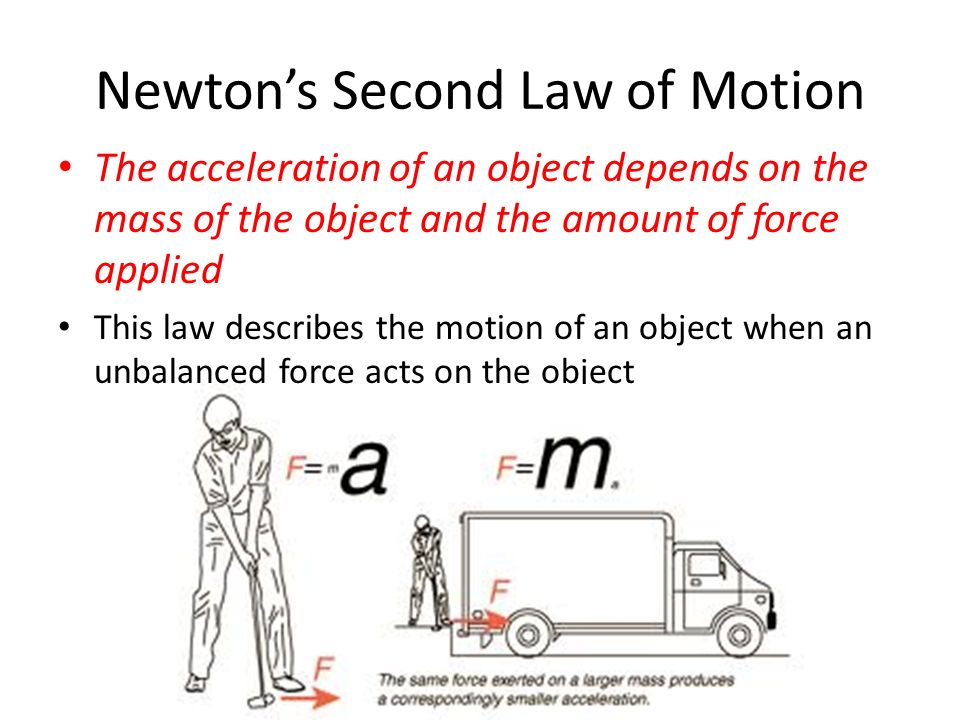 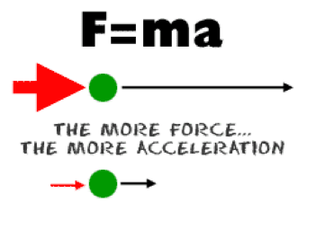 For every action there is an equal and opposite reaction.

Look at the formula for work.  Simple machines can generate tremendous force by altering the distance moved.

Work into the simple machine = work out of it, so:
Force in x Distance in = Force out x Distance out

This means that if you exert 10 Newtons of Force over 100 meters while the other end of the simple machine moved only one meter, it would move with 1000 Newtons of force (100 times what you put in!).

Scientists agree that there are 6 simple machines: 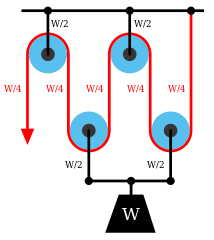 Are you ready for this test?

Do you have in your notes and can you answer:

What is energy?
Contrast the two types of energy.
Which factors effect gravity's pull on you?
Describe each of Newton's laws of motion.
Be able to correctly use some formulae.
List the simple machines and give examples of each.
Calculate how much force you'd get out of one if you know how much went in.