The state of the atmosphere. 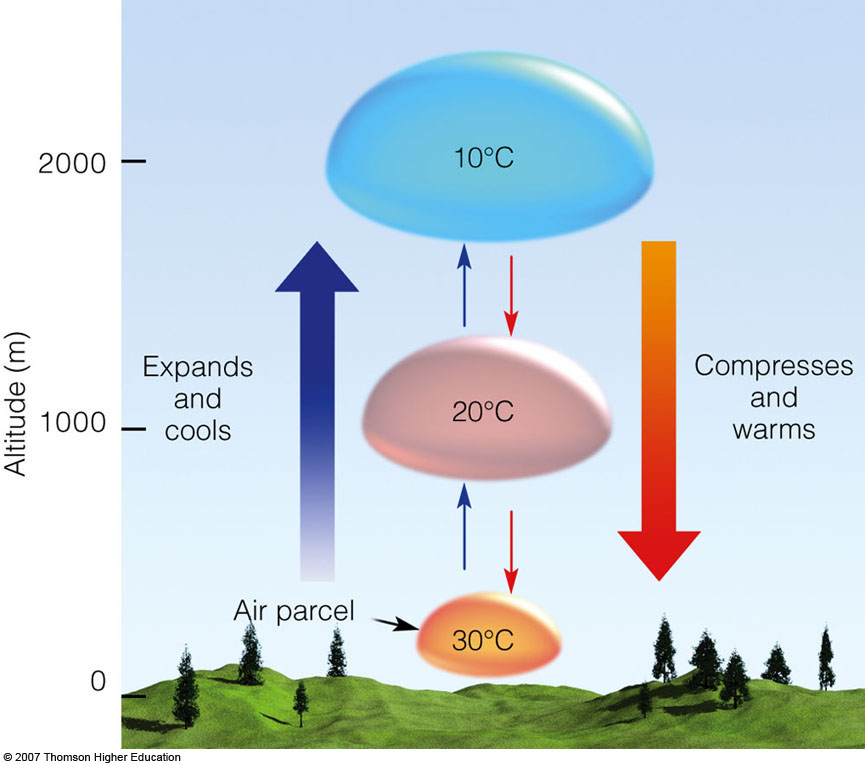 The change in temperature due to a change in pressure. What are the factors influencing insolation absorption?

Heat moves around the Earth via conduction, convection, and radiation: Another way to look at heat in the atmosphere is by looking at the air pressure.

Which would weigh more, hot air or cold air?

So which would have greater pressure?

Air pressure tells you about the temperature of the atmosphere and that has effects on everything. 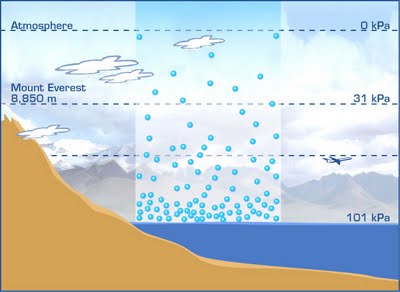 A lot of weather is the interplay between temperature and water in the air.

Water in the air is called humidity.

Absolute humidity is the ratio of water vapor to gas molecules in the air, ranges from 0 to 30 g/m3, and is mostly useless information. 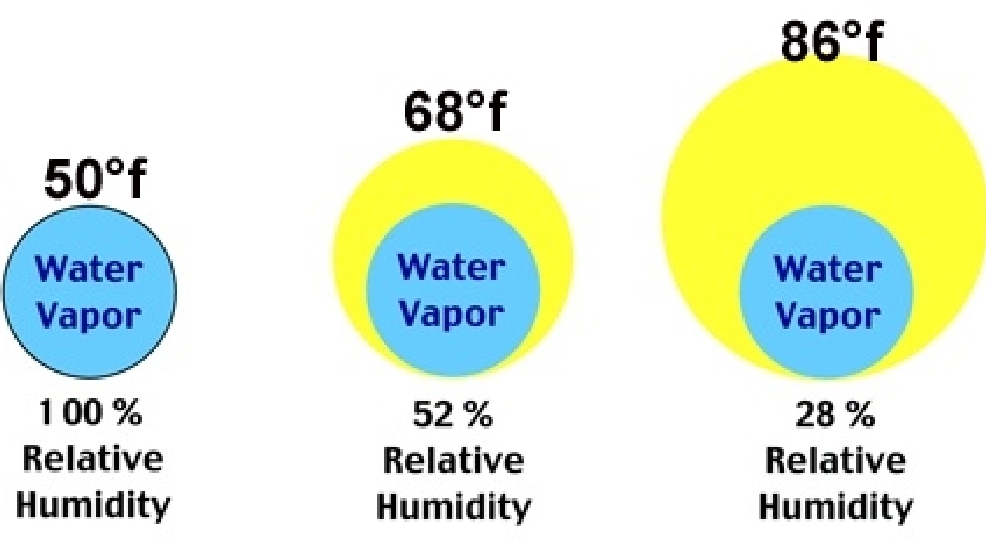 This means that if you heat up an area, the air gets relatively dryer.

Conversely, if you cool an area down, the air gets wetter and wetter until...

...dew point: the temperature at which the relative humidity = 100%.

If you cool air down past the dew point, the excess water condenses on any nuclei it can find and you get dew, frost, rain, snow, glaze, sleet, drizzle, clouds, fog, hail, etc.

Uneven heating leads to uneven pressure which leads to winds: 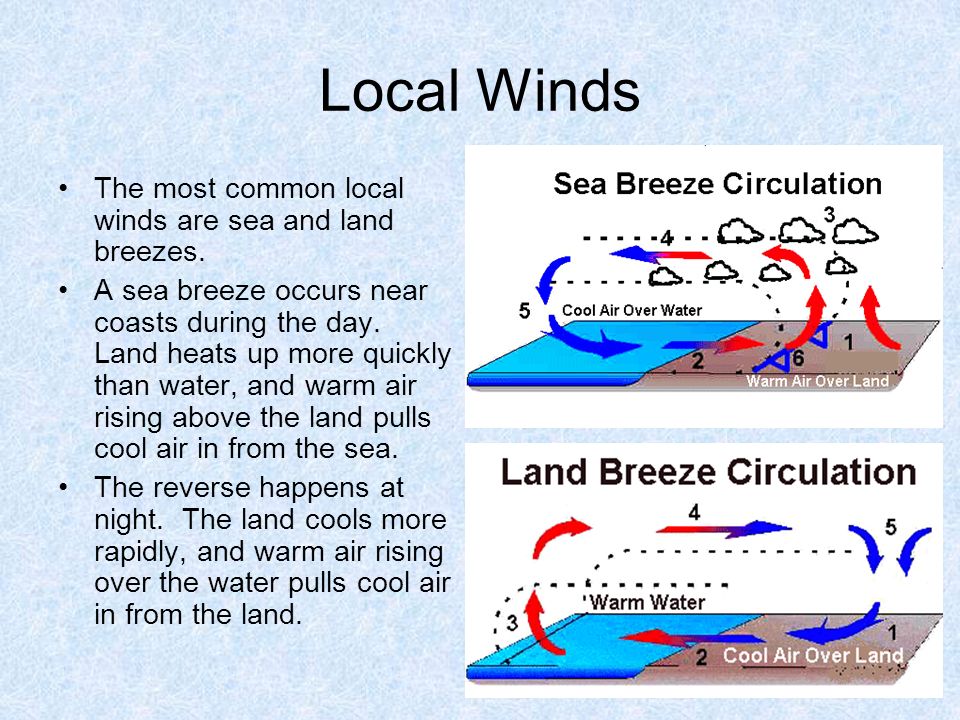 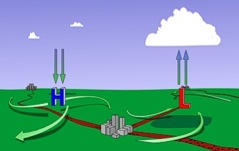 If air sits over an area long enough, it takes on properties of that area which we call an air mass: 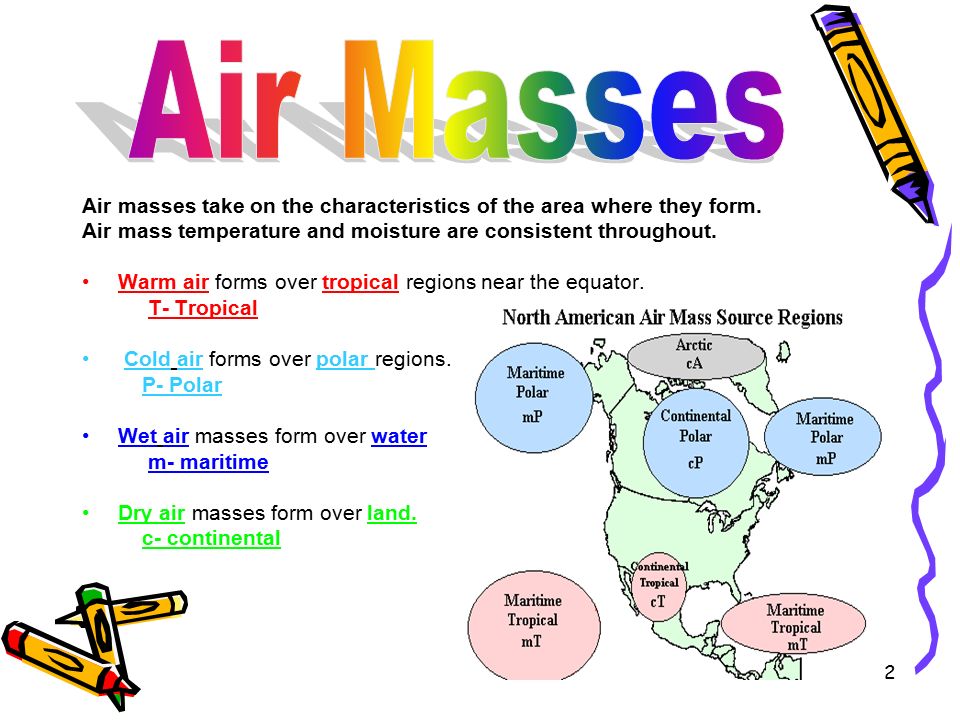 Where air masses come together, there are "fronts": 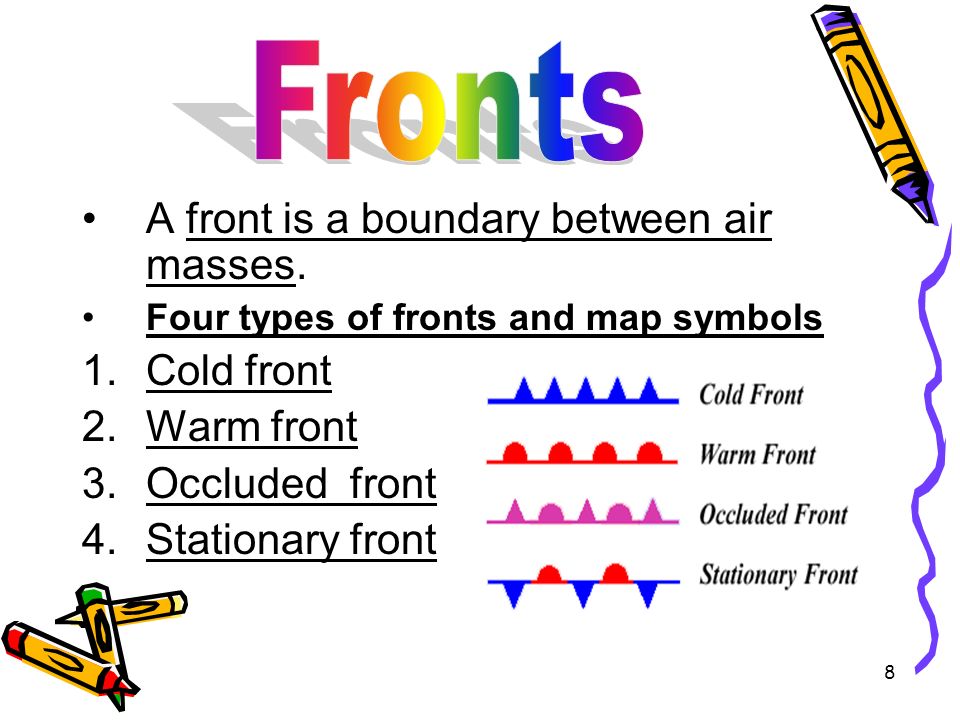 These fronts have weather patterns that accompany them.

Climate is the average weather an area gets over a long time (30 years).

What are the factors influencing an areas climate?