The largest reservoir of water on Earth is the ocean.

So that will be the first unit in our hydrosphere unit.

So what is an ocean?

How many are there? 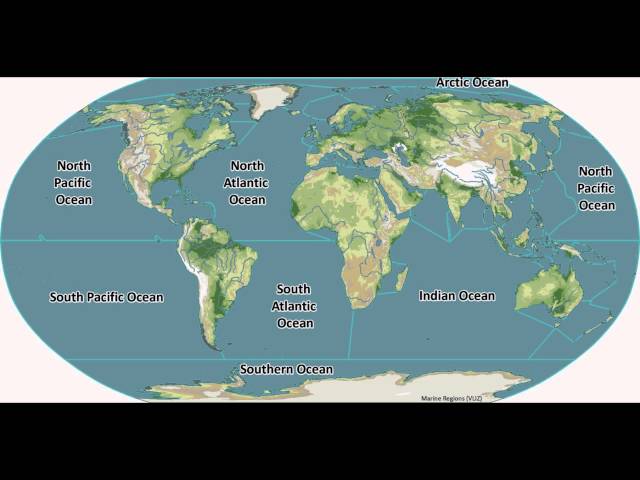 So what makes an ocean an ocean?

Profile of an ocean: 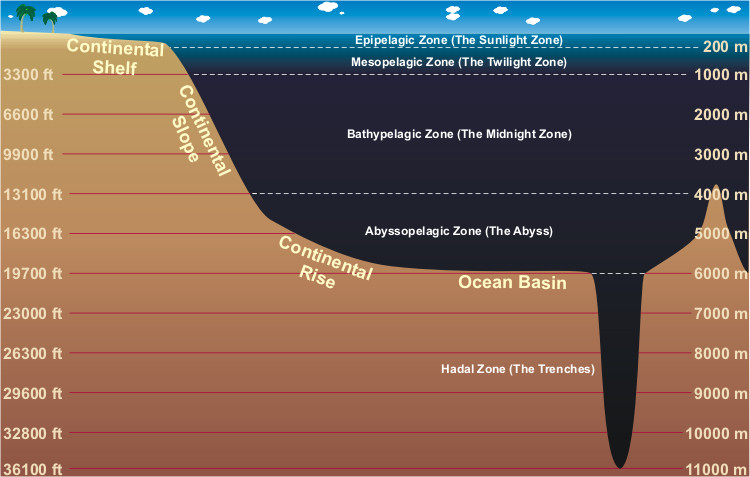 Light penetrates only so far.  That means that heat and photosynthesizers can only be so deep.  Oxygen levels also drop with depth.  pH changes as does salinity.  So pH, temperature, light, salt and oxygen levels all play a part in what can live where in the ocean.  These factors also change with the current and ocean.

The mixed layer has constant temp. and O2 levels due to sunlight and wave action.

The thermocline gets cold fast.

The abyss gets no light.

So, as you can see from these: the temperature and salinity varies with the layer.  There are distinct layers. 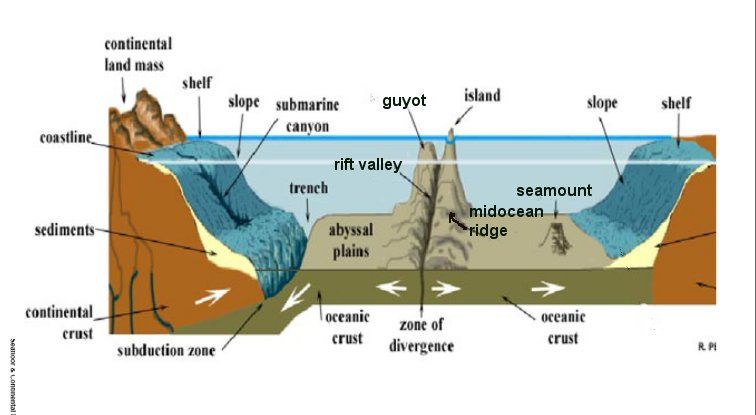 There are marginal features as well as abyssal features.  One of my favorites is the atoll: 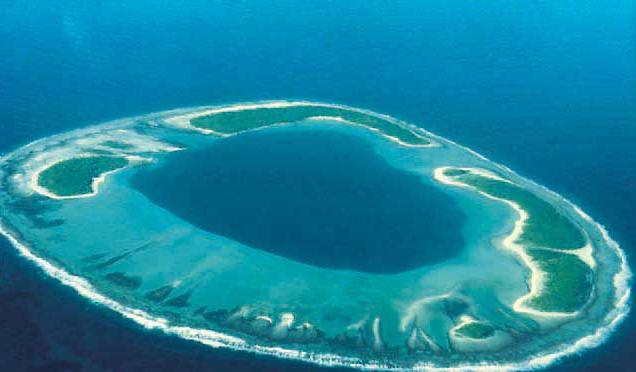 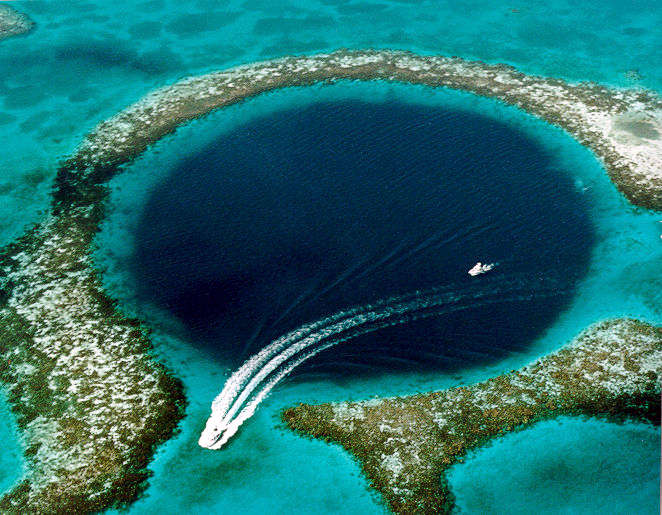 Some features of oceans are tides, currents, and waves.  Let's look closer at waves:

What we see is a wave that has tripped and is falling over.

Winds are created by the wind.

If the winds blow at an angle to the shore, you get swash:

This results in a longshore current:

Sometimes that longshore current deposits sand in sandbars (not always visible) and the backwash gets funneled through these narrows / shallows which speeds them up.  We call these riptides:

These are not true currents.  Real currents are:

Tides are periodic rising and falling of the ocean due to the pull of celestial objects (mostly the moon).  We will learn more about them when we learn about the moon.  But for now, just know that we get two high tides and two low tides each day.  About 6 hours, 12 and a half minutes from one to the next.  So, 12 hours, 25 minutes between two high tides or two low tides.

While having nothing to do with tides, the "tidal wave" is actually a tsunami and caused by underwater land movements: 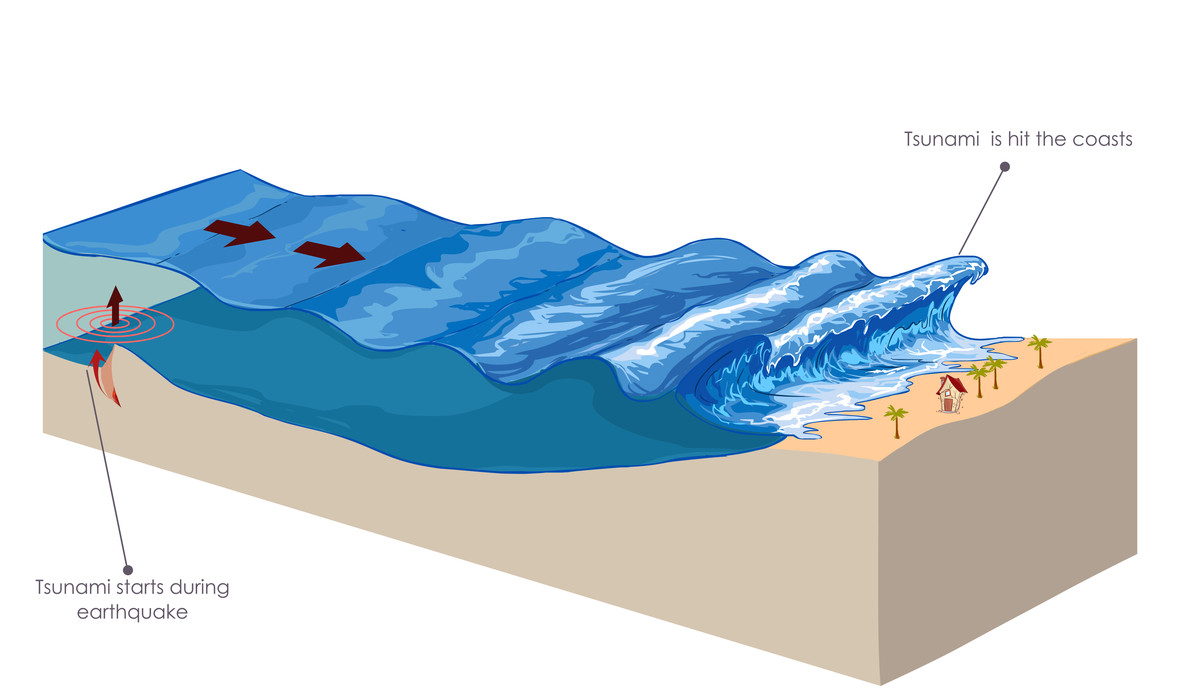 As you can see, the wave out in the ocean is small.  It only gets big close to shore.