Weathering is the breakdown

Erosion is the carrying away

Deposition is the dropping of sediments 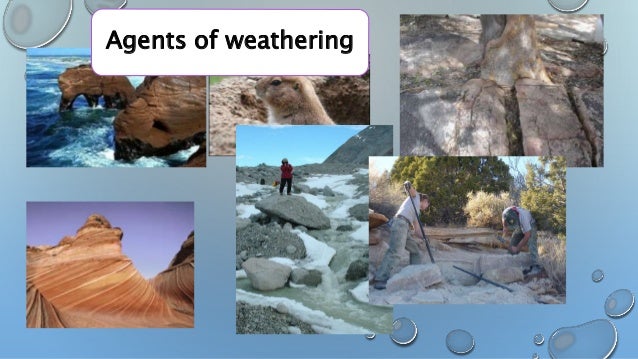 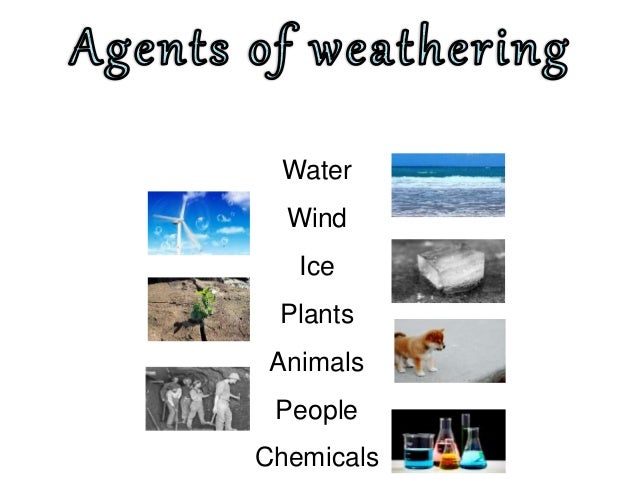 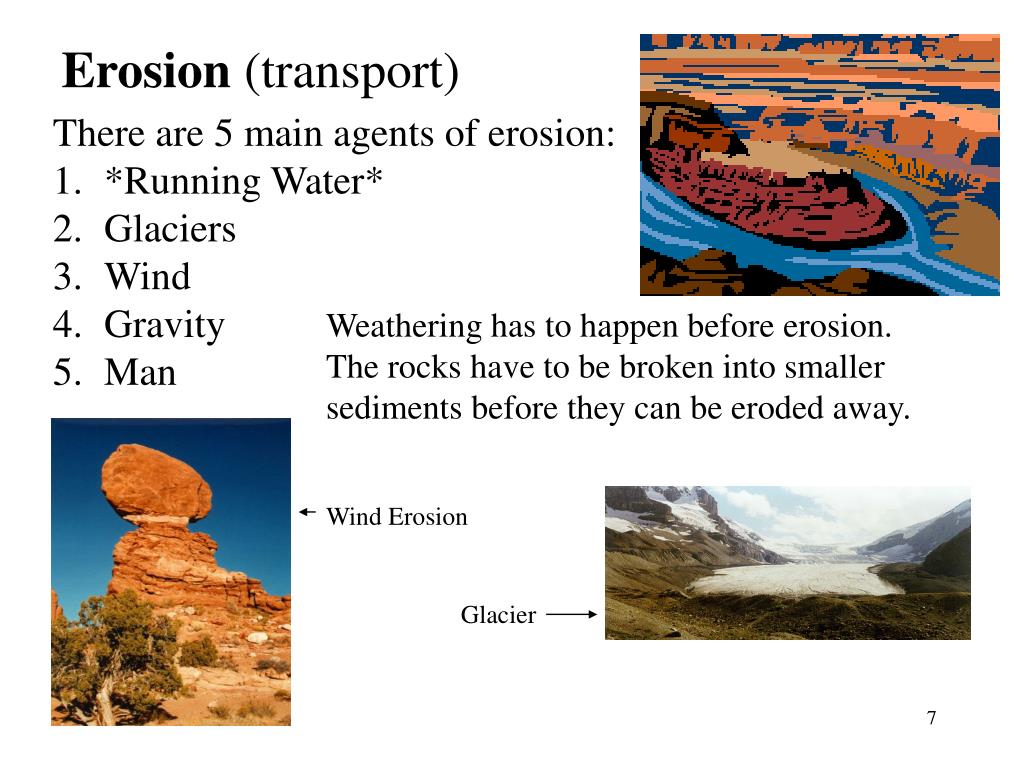 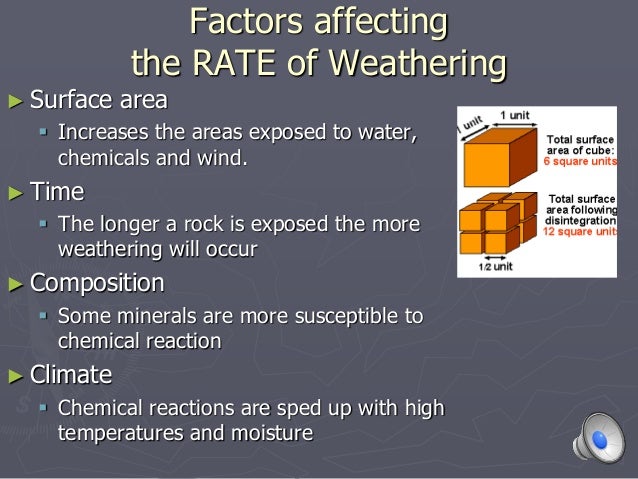 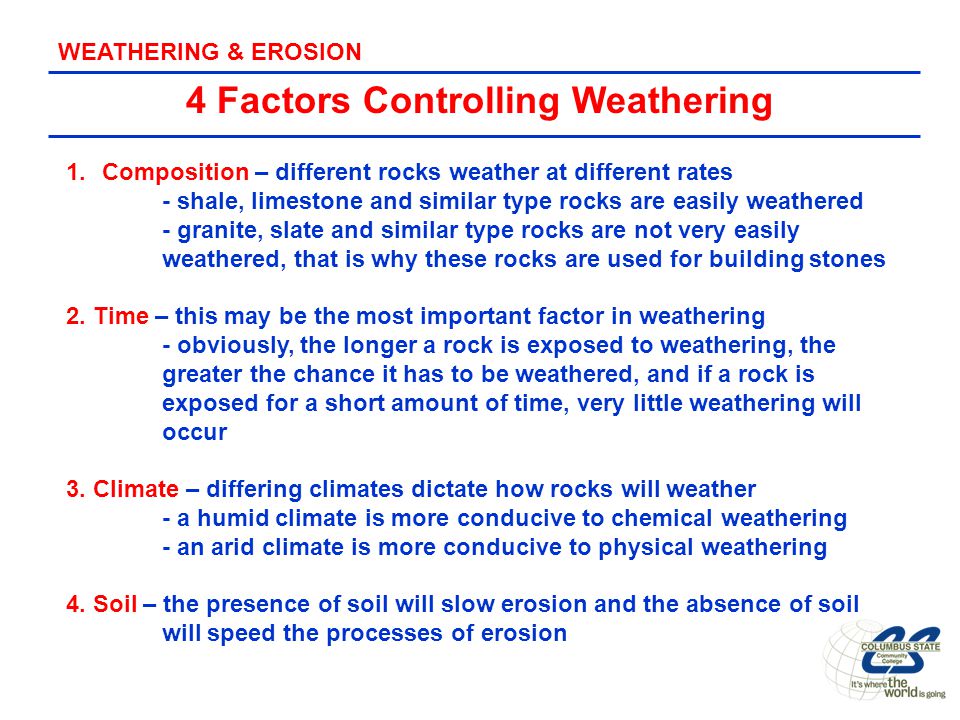 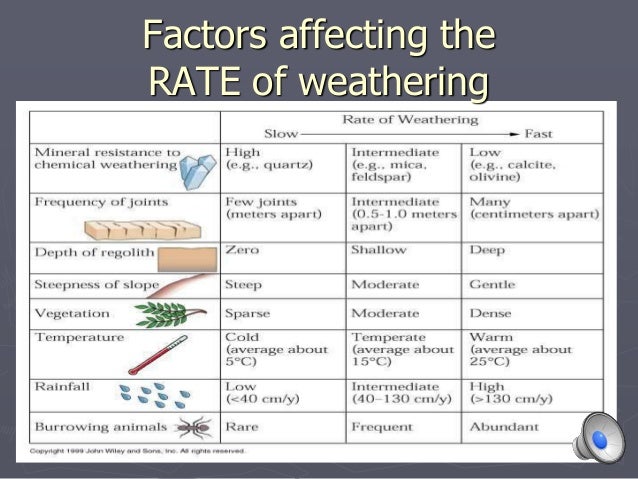 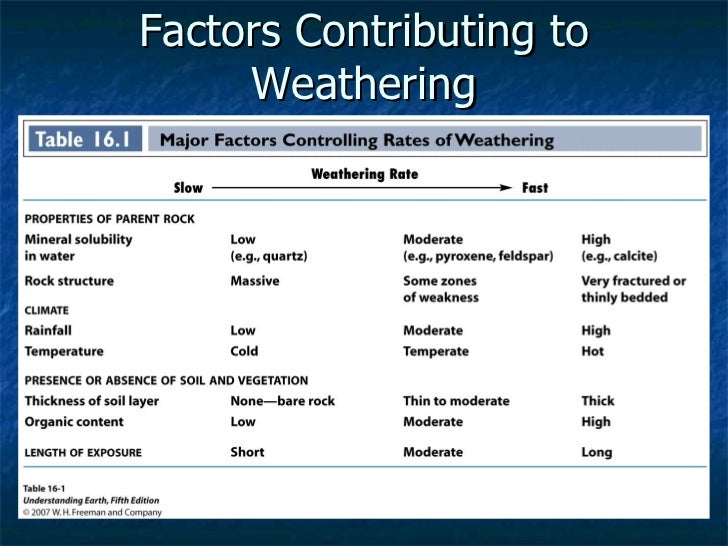 As you can see, there is lots of overlap between these, but the main factors contributing to weathering and erosion are the climate (temperature and rainfall), the rock itself (surface area, cracks, and composition), and time.

When a rock weathers, it becomes soil.  Dig down, it is not all uniform.  Here is what you will find: 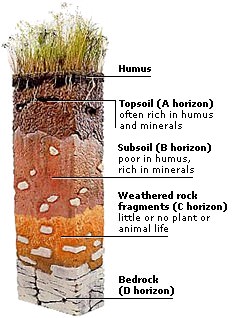 The thickness of the layers is determined by the rate of weathering (more weathering = thicker layer).

Based on that, describe the soil in the grasslands.

We try to prevent soil erosion in lots of ways.   Brainstorm some... 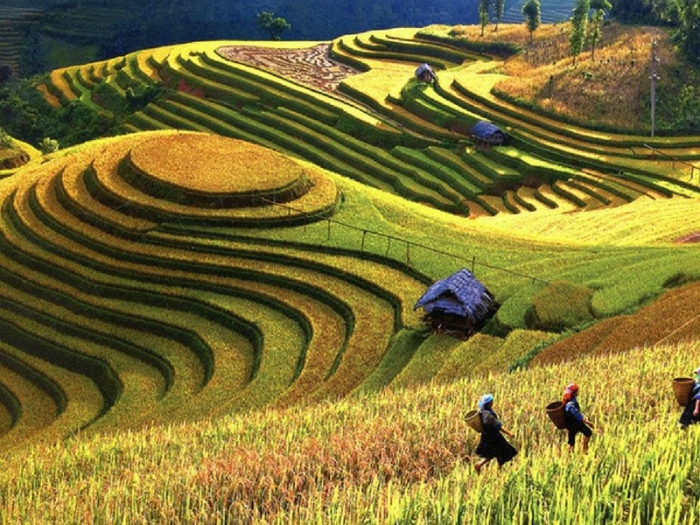 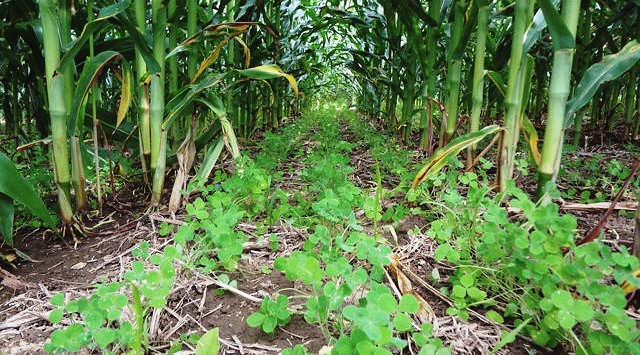 Low till farming and other ideas...

Land movement could be quickly like landslides, but it also can move slowly.  That is called "creep."  Here is how you can tell land is creeping: Differentiate between weathering, erosion, and deposition

What are the agents involved in each?

What are the factors effecting weathering and erosion?

Based on those factors, what can you guess about the soil in different parts of the world?

What do "J" shaped trees tell you?

Put everything together and tell me how you'd prevent the weathering and erosion of your house, car, and property.