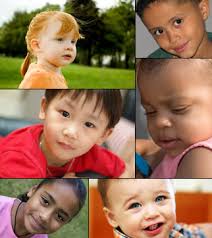 Just about all two-year-olds like to explore, examine, test, and try to figure out what is happening in the world around them. Day by day, you can watch your child make connections and discover relationships. He will start to demonstrate new abilities — to communicate, to perform, and to exert his independence — all on his own. It is unfortunate (although understandable) that this age is typically referred to as the terrible twos. The reality of being two means standing up for oneself as an individual in no uncertain terms, and is an entirely normal part of development. True, it can be frustrating at times, but try not to let your child's temporary phase of defiance and tantrums overshadow his new achievements and abilities.

MILESTONES
By the age of two, children's different personalities and skills definitely shine through. The following milestones are meant to give you an idea of the average age that children master various milestones, but be aware that most children will not be completely average. They often excel in certain areas while paying little attention to others at any given time. If, however, you are concerned about your child's development, be sure to address your concerns with your child's doctor.

Between the ages of 2 and 3 years, you're likely to see your child:
Talk in sentences. While the typical two-year-old has a vocabulary of 30-50 words and can put two words together, another year of language development usually brings the ability to make three-word sentences and communicate more effectively. Not only do children start to use pronouns such as I, me, you, and we, but they also start to use them to express emotions (in ways other than through tantrums!). And by the time a child is 3 years old, grown-ups should be able to understand at least 75 percent of what he says.

Start to understand rules. The average two-and-a-half-year-old knows when she has broken rules and can even admonish herself by saying, "No, no," or "Bad girl" (though many will still be tempted to continue the behavior!). She may become upset when things aren't as they should be, for example, when clothing is put on wrong. And by the time a child reaches three years, she will be able to evaluate events as good or bad.

Run, jump, and climb. These gross motor skills really improve over the year as a two- year-old's strength and coordination markedly increase. Most 2 1/2-year-olds can jump off the ground with both feet, and by the time children reach their third birthday, they can typically ride a tricycle and balance for several seconds on one foot. Draw and color. While it's uncommon for 3-year-olds to pay attention to coloring in the lines, the period between 2 and 3 is when scribbling generally becomes more deliberate, and children typically learn to draw (and recognize) circles. By age 3, many will be able to identify some colors.

Name and categorize. Two-year-olds commonly learn the names of five or more body parts, and are able to recite their own names (first and last) by the time they reach their third birthday. Sorting objects according to category and understanding descriptive categories like "big" and "little" or "soft" and "hard" are also typical accomplishments at this age.

Dress himself. While two-year-olds are usually able to undress themselves, and even help with the task of getting dressed, a year of practice usually results in a three-year-old's ability to dress himself (with the exception of more complex tasks such as buttoning).

Show an interest in toilet training. This varies greatly from children just under two years of age to well past the third birthday. While trying to force a child to toilet train before he is ready is all but guaranteed to be a losing battle, many two-year-olds start to show interest, and a majority do achieve this milestone at or before 3 years of age. Be sure a potty seat is accessible, that your toddler gets to observe you and others in the family going to the bathroom, and that you teach your child the words he'll need to know in order to describe his own bodily functions. Most of all, consider this a learning experience, not a battle, and don't hesitate to discuss any issues that may arise with your child's doctor.

PHYSICAL HEALTH
Growth. While your child's growth rate will almost certainly be slower than it was in the first year or two of life, you're likely to notice more than a few physical changes — from the loss of remaining baby fat to longer limbs and a leaner, taller appearance.

Colds and illnesses. Toddlers who spend a significant amount of time around other children — especially in day care — tend to be exposed to and catch more colds and intestinal viral illnesses than children who are cared for at home. All toddlers, however, are fairly likely to spend a good part of the year, especially during the fall and winter, sniffling, coughing, and fighting ear infections. In fact, the average two- to three-year-old tends to get an average of six to 10 illnesses a year. Be sure to discuss with your pediatrician (ahead of time, if possible) how you should handle fevers and the common cold, since they don't always warrant a trip to the doctor's office at this age.

Doctor visits. Pediatricians generally schedule well-child checkups once a year around the second and third birthdays. During these visits, pediatricians commonly weigh and measure, as well as check for age-appropriate developmental milestones — use of sentences, the ability to climb stairs, and the early interest in scribbling, for example.

Teeth. It is definitely time to schedule a visit with a dentist who is experienced in seeing children, if you haven't already. Between 2 and 3, your child's primary teeth will most likely finish coming in, and home dental care becomes even more important as you help your child establish good lifelong habits. Remember that this is the age of independence and let your child brush his own teeth before going over them yourself. Toothpaste isn't necessary at this stage, but if your toddler likes or insists on it, you can help to make sure that he only puts a very small amount onto the brush.

Safety. Not only should you make sure that dangerous household objects and products are kept safely out of reach, preferably in a locked cabinet, but you should also start teaching your child about safety. Instead of just stating the rules, make a point of discussing them why car seats and seatbelts are so important, why playing with scissors is not allowed, or why medicines should only be taken if your parents give them to you. Insist that your child wear a bike helmet from the day she starts riding anything with wheels.

EATING
Parents of two-year-olds frequently complain that they can't get their children to eat. The fact is, however, toddlers generally manage to take in enough calories and nutrients to grow and gain weight at a normal rate, and often want to be in control of what they eat, not to mention the actual process of feeding themselves! Here are some examples of what a typical toddler eats in a day:

On any given day, a toddler is likely to fall short of the ideal listed above. One day he may devour two or three slices of bread and a few ounces of cheese in one sitting. Another day he may want only fruit, and on the next he may seem to eat practically nothing. Over several days, however, a two-year-old's intake generally balances out. In the same way you approach toilet training, you should remember that the goal is not to force-feed your child, but to help him develop healthy eating habits while keeping power struggles to a minimum.

SLEEPING
The routine following the evening meal is particularly important, as it winds your child down to what you hope will be cooperative behavior at bedtime. Traditional activities include bathing, reading books, singing, or listening to music. Toddlers often share an unwillingness to lie down and close their eyes — probably because life is just too exciting and they don't want to miss a minute. They also dislike the separation from you. Bedtime struggles may be impossible to avoid with some two-year-olds, so don't feel like a failure if your child fusses, just continue to be consistent in your approach.

While an occasional two-year-old will insist he no longer needs naps, the vast majority continue to take (and benefit from) them until they are 3 or even 4 years old. Between 2 and 3 years of age, children sleep an average of 13 hours in any given 24-hour day, with naps often shortening to an hour or so.

PLAYING
Two-year-olds dedicate most of their waking hours to play of one kind or another. Through some kinds of games — such as puzzles and shape sorters — they refine their developing motor skills. Through others — games of pretend with dolls and other children — they sort out emotional conflicts and make sense of their place in the world. Playing, like talking, is something children do without being prompted. It also does not require a pile of elaborate and expensive toys.

Most toddlers engage in what is known as parallel play. They stay close together and imitate each other, but their actual interactions are limited. Even if there seems to be little give-and-take in these sessions, they are valuable because they lay the groundwork for later, more cooperative play.

If your child is not regularly exposed to other children in a play group or day care setting, now is a good time to build his circle of friends. As you do so, aim to keep organized playtime short (an hour or so for younger toddlers; two hours for older ones) and be prepared for more than a little pushing, shoving, and grabbing of toys. These struggles are not necessarily hostile; toddlers have a limited range of social behavior, but they usually manage to work things out without much interference from parents — and learn valuable skills in the process.

WHAT TO WATCH FOR
Children acquire verbal and motor skills at their own paces, with widely contrasting levels of development all falling into the "normal" range. Still, you should be alert for certain delays that might indicate an underlying problem. You should consider contacting your pediatrician if your toddler: