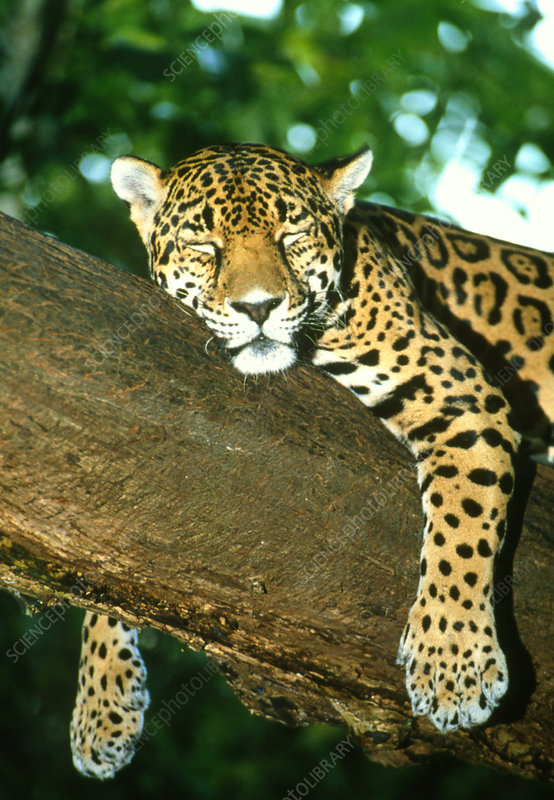 Jaguars a very large cats! Jaguars have yellowish colour fur with black circular markings called rosettes. The rosesttes have black dots inside them. They have large heads and small legs.

What do they eat?

Jaguars are consumers and because they are so big and stong they can prey on almost anthing. Animals jaguars often eat include; deer, fish, birds, monkeys and even larger animals like tapirs. The especially like turtles! Jaguars hunt for their food both day and night.

Where do they live?

Jaguars live in the amazon rainforest. They roam the forest floor near lakes or rivers because they love to swim! They can also be found laying on tree branches while taking a nap!

A jaguars raw is called a 'saw' because it sounds like sawing wood.

Jaguars tongues have sharp-pointed bumps to help scrape meat off their preys bones.