Alexander The great only lived to the year 323 B.C.He was at the age of 32 or 33 years old it's not certain.Alexander died in the city of Babylonia.The cause of his death is still unkown most people think by poision or disease maybe malaria.He got a wound in India it might have something to do with it after that he became very ill.Before Alexander died he asked his soliders to pass through his tent for one final goodbye .Soon after his death his son was murdered.All of his empire was divieded into different groups. 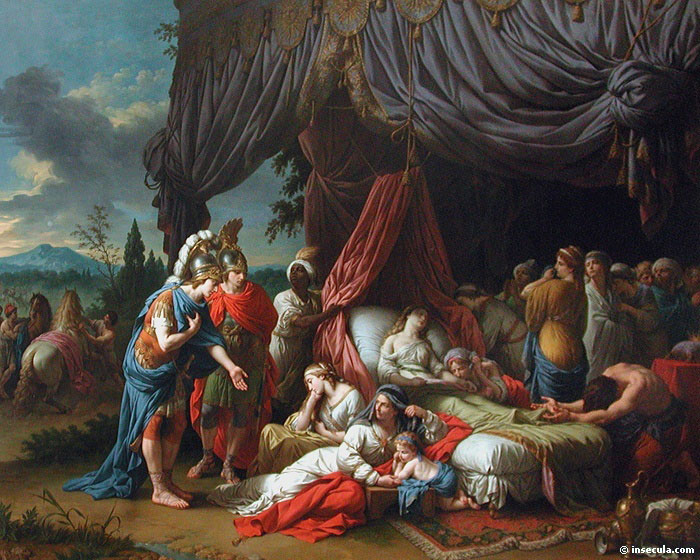 This is a picture  of him on his death bed