The original Nebraksa superhero is Neb-supra. No one has never over exceded his amazing powers so yes, he is tho only one out there! Neb-supra has red hair, white and black eyes. He has the ability to make things into anything he sees Nebraska. This super hero has no mask but his face explains everything about him. He has a suit that has the Nebraska symbol in the middle, his suit is red to represent. He has football pads and tights to fit his tight personality. Neb-supra is a super hero and a football player at the same time. His unique style to change anything he sees to Nebraska is unreal. His enthusiasm for it makes it 10 times better! He isn’t a super hero you would normally see smiling, he is very serious about his job. He lives in his home state of Nebraska in the middle of nowhere so people won’t find him and attach him for his “popularity”. He can’t really fly but he does hang onto a rope to get places. His rope is located at the top of the tallest tower in the world! He does wear a helmet to keep safe from the crazy world out there. He was one of the best football players for the Nebraska team and he wants everyone to know about him and so as he was going thru his college years he just randomly came up with this crazy power and started using it on people. As he grew up knowing that he had this power he became more popular the more he used it. Later on in his years he go really scared of all the attention, so he started using a helmet thru his adventure and everyone would call him a wimp. One day he got really upset and turned the whole world into Nebraska stuff and it became a huge war. He left the states and we never saw him again. Neb-supra wasn’t just any super hero he was a super hero that left the world with a great sense of football power. 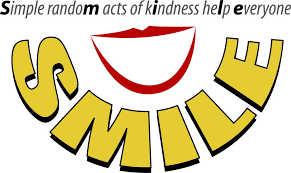