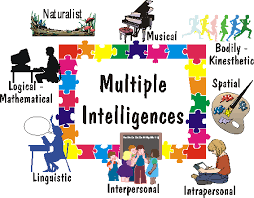 Almost eighty years after the first intelligence tests were developed, Howard Gardner challenged the view that something called "intelligence" could be objectively measured and reduced to a single number or "IQ" score. In his book Frames of Mind (Gardner 1983) he proposed the existence of at least eight basic intelligences. In his theory of Multiple Intelligences (MI theory), Gardner sought to broaden the scope of human potential beyond the confines of the IQ score and suggested that intelligence has more to do with the capacity for (1) solving problems and (2) fashioning products in a context-rich and naturalistic setting.

Linguistic Intelligence:  The capacity to use words effectively, whether orally (e.g., as a storyteller, orator, or politician) or in writing (e.g., as a poet, playwright, editor, or journalist).

If this sounds familiar, then your child might someday write a bestseller or become fluent in four languages.

Logical-Mathematical Intelligence:  The capacity to use numbers effectively (e.g., as a mathematician, tax accountant, or statistician) and to reason well (e.g., as a scientist, computer programmer, or logician)

If so, then your child could one day design sky-scrapers or program computers.

Spatial Intelligence:  The ability to perceive the visual-spatial world accurately (e.g., as a hunter, scout, or guide) and to perform transformations upon those perceptions (e.g., as an interior decorator, architect, artist, or inventor).

If this is your child, then she could grow up to paint a masterpiece or fix car engines.

If yes, then your child could develop into an expert skier or someone who amuses her friends with hilarious impersonations.

If this is your child, then she may one day conduct a symphony or play in a steel drum band.

Interpersonal Intelligence:  The ability to perceive and make distinctions in the moods, intentions, motivations, and feelings of other people.

If you answered yes to most of these, your child might become someone's favorite teacher or the CEO of a big company.

Intrapersonal Intelligence:  Self-knowledge and the ability to act adaptively on the basis of that knowledge.

Sound familiar? Then your child could someday write great poetry or resist negative peer pressure and do the right thing for herself.

Naturalistic Intelligence:  The ability to easily recognize and classify plants, animals, and other things in nature.

If your answer is yes, then your child could become an expert on paleontology or discover new ways to save the whales.

Note:When Howard Gardner wroteFrames of Mindin 1983, he deliberately limited his examination of human capacities to seven intelligences. Are there more? Yes. In fact, after this book was published Gardner added an eighth intelligence to the list. The Naturalist Intelligence is the ability to recognize plant or animal species in one's environment. 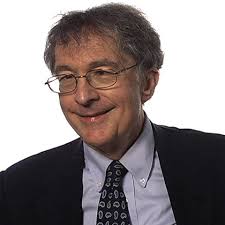 Click on Howard Gardner's picture to watch him explain his theory.