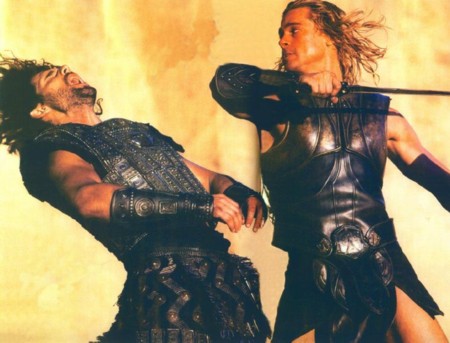 Hector and achillies in battle !

During The war – The Greek army surrounded troy for about a decade but couldn’t take it over. The lliad describes that some of the events that happened final year of the struggle. The war began to go badly for the Greeks after Achillies , Their bravest warrior , Left the battlefield. Achillies refused to fight because Aganemnon, The Greek Commander , Insulted him. The Trojans , Led by hector , Drove The Greeks back to their ships. Achillies finally returned back to combat After his best friend Patroclus was slayed by Hector the Trojan Leader. Achillies killed Hector to avenge his friend patroclus’s death. The lliad ends with Hector’s funeral , and Greek legends relate events that followed. The Trojans received help from their allies, The Ethiopians and an army of women warriors called amazons. But achillies enabled the Greeks to defeat their enemies by killing Penthesilea, The queen of the amazons, And Memnon, The king of the Ethiopians. Paris, Aided by the god Apollo, later shot Achillies in the heel with an arrow and defeated him.