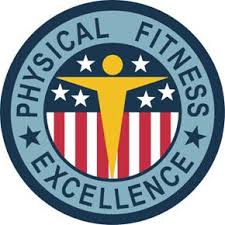 A quote that comes to mind when I think of education is one by Horace Mann, which states, “A human being is not attaining his full potential until he is educated.”  I feel that the purpose of education is so that children can gain the proper knowledge in various subject areas in order to enter into the occupation of their choice. I believe the role of an educator is not just limited to the one thing because the educator plays several different roles in the classroom. Some of the roles an educator plays include: a nurse, motivator, mediator, another parent, a counselor and so much more. The main role an educator and the reason I wanted to teach was to be a role model for the children so they can always have someone to look up too. It’s so important for children to be able to look up to their teacher as a role model because many of them won’t have any other role models to look up too. It is also vital that students feel support from their teacher. I know personally as a parent and educator that providing a strong support system for your students allow them to feel safe and know that you truly care about not only their education but also their future.

Now that I have been in the field of education for over 10 years, it has made me realize that education is a continuous process because we are life long learners.  Instilling in my students the importance of good morals and values of having an education is one of my top priorities. I want my students to know that with an education they have the knowledge and power to succeed. Yes it is true that my students will face issues such as poverty, abuse, or living in an low income area, but as long as they remain positive and work hard they can rise above those circumstances. In helping my students rise above their surroundings, I will use a vast variety of effective instructional strategies. Instructional strategies that I use during teaching include the following: reviewing prior knowledge, direct instruction, indirect instruction, independent practice, creative thinking, critical thinking, cooperative learning, technology tools, demonstrating, providing information in a variety of forms, checking for understanding, and using graphic organizers.

In closing, I feel that education is the key that unlocks a world of endless possibilities. I know that teaching is a very rewarding career because in the classroom is where it starts for the students. I am very passionate about equipping my students with the knowledge that they need to be successful at the career of their choice. As an educator I want to be that teacher that the students will remember for years to come, because I truly had a positive impact on there lives.

Physical fitness - good physical condition; being in shape or in condition 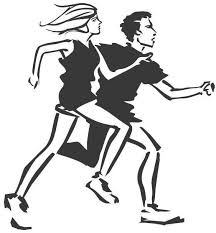 Purpose of Event: The purpose of this activity is to improve student’s basketball shooting and passing skills.

Prerequisites: The basic skills of passing and shooting a basketball should have been taught.

This game is a great game to use with classes of high numbers in that you can play with as many as 16-18 students in one game. The game also keeps everyone on their toes because everyone must receive a pass before the shooter can shoot.

* Make an even number of teams with 3-4 students per team. ?* Two teams will play against each other at one goal. ?* The teams line up on opposite sidelines arm's length between each player. ?* One player from each team has a basketball. ?* The player with the ball is the team's shooter. ?* The two shooters, one from each team, meet at the top of the 3-point line (or the free throw line) and touch balls to begin play. ?* After the shooters touch the basketballs together, they must pass to each person on their team one time before they can begin shooting.?* The first shooter to make a basket scores one (1) point for his/her team. ?* The shooters then become passers on their teams' sidelines. ?* A new shooter comes out for each team. ?* No student should have more turns to shoot than any other student on the team.

Instead of using a basketball, a foam ball could be used. ??A trash can could be used as a basket if the basket cannot be lowered to an adequate height.

Assess the student’s mechanics of passing and shooting under pressure by utilizing an assessment form for these specific skills.

Identify students who use good teamwork and special awareness and be sure to point this out to the class.

Teaching Suggestions: If a basket isn't scored fairly quickly feel free to change the shooters yourself.

Purpose of Event: The purpose of this activity is to allow students to gain control of the ball, practice hand-eye coordination and teach students how to move around to the ball.

Prerequisites: Students should have basic control of the ball. They should be able to do the following before playing this game: tap the ball up in the air at least 20 times before it bounces, tap the ball to themselves, let it bounce, tap it again and repeat the process until told to stop.

Materials Needed: Tennis rackets (or paddles of some sort), tennis ball for each pair of students, tennis court or an area where a net can be put up about three feet high and a mini-tennis court (use the service boxes)

Set-up:?There may be 4 students to a court, each pair gets half of the court on each side of the net.

Boundary - Service boxes only (if ball bounces in the alley, pass the service line, or in the service box NEXT to them, the ball is considered OUT)

Activity:?1. Each pair of students stands on the SERVICE line on opposite sides of the net. (You can have students start closer and move back once they get the idea.)?2. One player has the tennis ball, drops it in front and taps the ball over the net to the other side. The ball must land in the service box in order to be considered good.

Rules:?1. Ball is only allowed to BOUNCE ONCE!?2. The person starting the point must drop the ball, let it bounce once and then tap it over the net.?3. After the point begins students must tap the ball to self ONLY ONCE before tapping it over. Bouncing to self before hitting it over defined: When the ball comes across the net let it bounce, then tap the ball UP so that you are able to hit it over AFTER it comes back down, hits the ground and begins to go up.?4. This pattern of play continues until someone hits the ball out of bounds, ball bounces twice, or the ball falls into the net.

Keeping Score:?If you wish to keep score you may score the game as 1-2-3-4, etc. You can play games up to 11 or 21 and then have winners play winners and unlucky plays unlucky. The game could also be made into a cooperative challenge with partners trying to get as many hits in a row as they can.

Variations: To play a doubles version have 2 students on one side and two on the opposite side using all 4 service boxes. The game begins the same way but instead of passing it to yourself, you must pass to your partner. The object of this game is to PASS the ball after one bounce to your PARTNER who then must hit it over the net.

Use as an activity to practice skills for Pickle Ball or Eclipse Ball.

Assessment Ideas: Teacher can observe and assess if the students can control the ball, make sure contact point is in the right spot, sportsmanship, movement and rules.

Teaching Suggestions: Be sure to tell students that they are not using FULL swing only HALF a swing. (Racket starts next to them and only moves slightly forward to tap the ball on both sides)

Utilize space and equipment in a way that maximizes participation. If necessary increase the number of students on a court.

Adaptations for Students with Disabilities: This activity can be started with smaller rackets that have short handles, making it easier to control the racket. You may use a bigger ball so its easier to see and hit. The net can be lowered to make it easier. 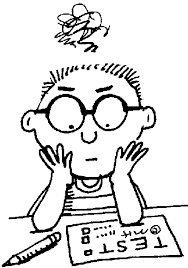 What is the definition of a long-term goal?

What is the definition of a short-term goal?

What does the term topsy-turvy mean?

Give an example of a timeline in your life

List two changes that can make your life Topsy-Turvy.

What are the steps necessary for successful goal setting?

Identify five goals that you would like to accomplish

How are desire and belief in oneself important in accomplishing goal?

A Word from Polite