Bell Ringer: Analyze the image and answer the question. 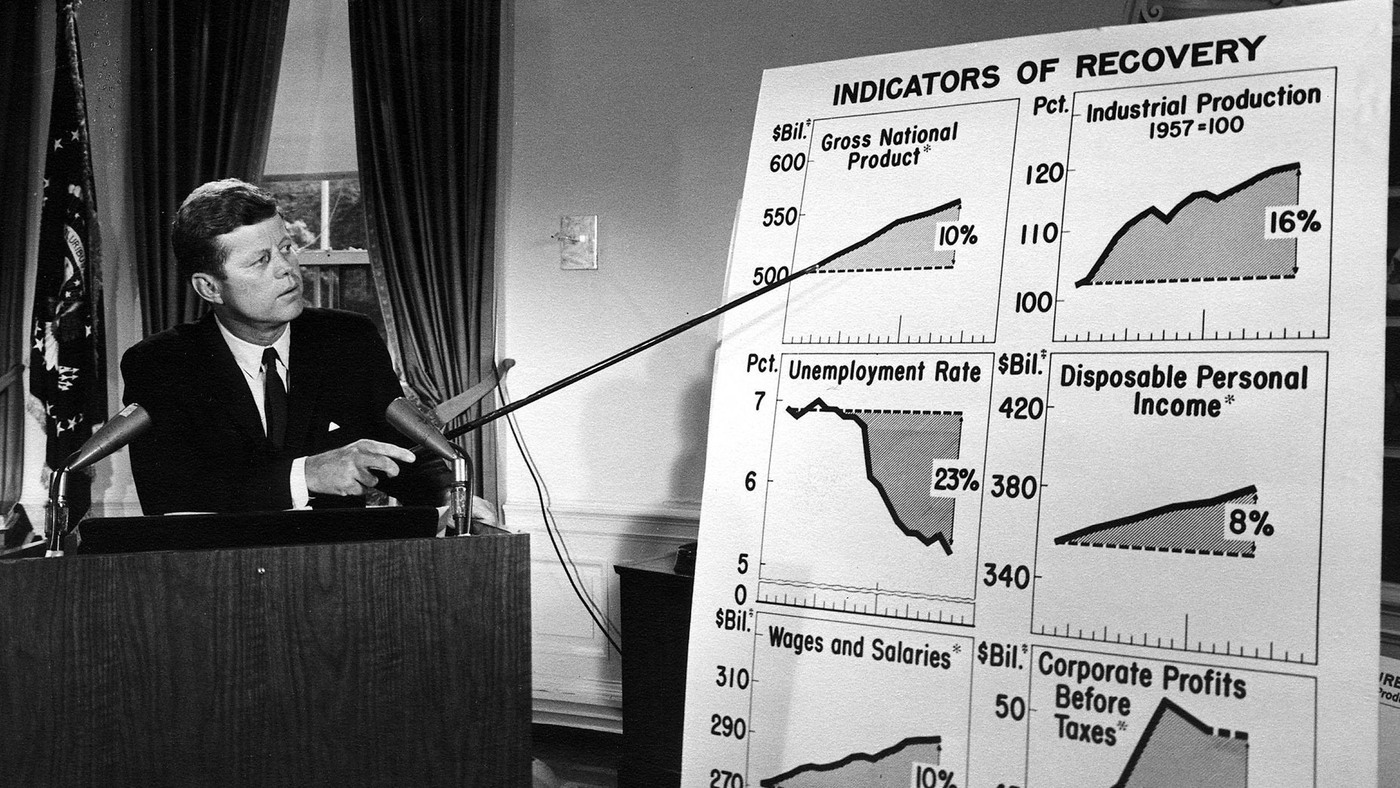 Based on the photograph, how was the economy of the 1960s?

1. What was the impact of Brown vs. the Board of Education?

2. What bearing did it have on Plessy vs. Ferguson?

3. Why was integration of Little Rock High School so difficult?

4. What role did children and students play in the Civil Rights movement?

5. What was the purpose of the March on Washington?

6. What was the purpose of the Freedom Summer?

7. What was the platform of the Black Panther Party?

The textbook can be accessed through your student portal

3. Write questions and answers to be turned in to Ms. Steadham the following class

Bell Ringer: Use the image below to answer the following:  What are the differences between the two water fountains?

Copy notes on the Civil Rights from the notes tab

1. Why did the Americans want neutrality?

2. Why did Britain and France declare war on Germany?

3. What was the purpose of the Neutrality laws?

4. Who were the Axis Powers?

5. What was the Atlantic Charter?

7. What role did factories play in WWII?

8. Why did Truman drop the atomic bomb on Hiroshima and Nagasaki?

11. What was the Marshall Plan?

15. Who was Joseph McCarthy?

16. How did the U.S. government prepare the country for war?

Organizer on the foreign policies of Kennedy, Johnson, and Nixon

Essential question: What were the Cold War policies of the various administrations?

I. Watch the video APUSH video on Westward Expansion

IV. Watch the video APUSH video on WWI and answer the following:

1. What were the long term causes of WWI?

2. What was the short-term cause?

3. What is the Sussex Pledge?

4. What were the 2 reasons for U.S. involvement?

5. What did Wilson promise in the Fourteen Point speech?

6. Why was it considered the first modern war?

7. What were the stipulations in the Treaty of Versailles?

1. Create a web of the social (people and groups), political (Amendments)and economic sentiments of the 1920s

VI. Watch the video on the Great Depression and the New Deal as Review

Watch the video and write the responses in complete sentences. Due 1/22 for  Odd &  1/23 for Even

2. What two ways did railroads help the nation?

4. What is the Sherman-Anti Trust Act?

5. How did Social Darwinism promote Laissez-faire?

6. Why did workers form unions?

7. What was the impact of the Homestead strike and the Pullman strike?

8. Where did immigrants come from and where were they processed?

9. What was the Chinese Exclusion Act and why did nativist support it?

10. What problems did the growing population of immigrants cause in cities?

11. Why did Social Gospel develop?

13. What was the political machines? Who was Boss Tweed?

14. What were the goals of the progressives?

17. How did reformers help to grow the power of the people?

18. Which amendment allowed women to vote?

19. Why was Roosevelt the “Trust Buster”?

21. What did the Grange movement want government to do?

22. What was The Jungle and who wrote it?

Base your answer to question 1 on the passage below and on your knowledge of social studies.

. . . In our opinion, formed from data obtained by assiduous [thorough] researches, and comparisons, from laborious investigation, logical reasoning, and earnest reflection, the causes which have impeded the progress and prosperity of the South, which have dwindled our commerce, and other similar pursuits, into the most contemptible insignificance; entailed upon us a humiliating dependence on the Free States; disgrace us in the recesses of our own souls, and brought us under reproach in the eyes of all civilians and enlightened nations—may all be traced to one common source, the most hateful —Slavery! . . .

The Impending Crisis of the South: How To Meet It, 1857

1. This statement most clearly expresses the author’s opinion that slavery

(1) should be extended into the western territories

(2) caused the North to be dependent on the South

(4) was the reason the South should secede from the Union

2. The passage of the Homestead Act (1862) and the completion of the first transcontinental railroad (1869) encouraged settlement in which region?

3. Which statement is a valid generalization about the experience of African Americans during the early Reconstruction period (1865–1870)?

(2) Their participation in government decreased.

(4) Their political equality was opposed by most Radical Republicans.

4. The system of sharecropping developed in the South after the Civil War because

(1) most formerly enslaved persons had no farming skills

(3) much farmland was ruined by the war

5. The United States government’s use of laissez-faire principles during the late 19th century resulted in the

(2) decline in the number of factory jobs

(4) growth of trusts and monopolies

6. What was one result of the Supreme Court’s decision in Plessy v. Ferguson (1896)?

(2) The “separate but equal” doctrine was established.

7. In 1899, the United States proclaimed the Open Door policy in an attempt to

(2) keep the Philippines from attacking China

(3) increase trade between Russia and the United States

Base your answers to questions 8 and 9 on the speakers’ statements below and on your knowledge of social studies.

Speaker A: It is disgraceful that we allow children in this country to work long hours in unsanitary, unsafe conditions. The government must step in and protect our children.

Speaker B: We must allow businesses to compete freely without government

intervention. The best will survive.

Speaker C: Monopolies and trusts make it impossible for small businesses to compete. Monopolies lower their prices to eliminate competition, and then they charge consumers even higher prices.

Speaker D: Big business is good for the country. It increases the nation’s wealth, provides jobs, and strengthens the country.

8. What would Speaker B most likely want the federal government to do?

(4) Support the concept of Social Darwinism.

9. Which two speakers represent the beliefs of many reformers during the Progressive Era?

In the early 1900s, these problems were most directly a result of

11. In the early 1900s, Congress acted to regulate the nation’s money supply more effectively by

“BETTER KEEP TO THE OLD CHANNEL”

(1) Travel on ocean-going ships was dangerous and should be banned.

(2) The United States should return to an isolationist foreign policy.

(3) The United States should take the lead in creating an international peacekeeping organization.

(4) The United States Navy should make efforts to improve its fleet.

13. In the United States Senate, those who agreed with the opinion expressed in the cartoon were able to

14. Why did construction of the Panama Canal become more important to the United States after the

(1) Congress realized that the key threat to national security came from South America.

(2) Great Britain had plans to purchase the canal zone and colonize the territory.

(3) Spain had regained control of its former colonies near the canal route.

(4) The navy needed a faster way to move ships between the Atlantic and Pacific Oceans.

15. The Roosevelt Corollary (1904) to the Monroe Doctrine proclaimed the right of the United States to

(1) intervene in the internal affairs of Latin American nations

(4) determine the border between Alaska and Canada

16. Which heading best completes the partial outline below?

A. Desire for markets and raw materials

B. Closing of the western frontier

(1) Principles of the Fourteen Points

17. During World War I, what was President Woodrow Wilson’s purpose in outlining the Fourteen Points?

(1) asking Congress for additional funding for the war effort

18. The major argument of opponents of the 1919 Treaty of Versailles was that the treaty would require the United States to

19. A major effect of the Harlem Renaissance was that it

(2) led to the end of the Great Migration

20. During the 1920s, members of the Ku Klux Klan were closely associated with

(4) opposing the deportation of political dissidents

The textbook is available through your student portal

I. Bell Ringer: Listen to the song “Over There” and answer the questions (NOTEBOOK)

Home learning: Due TO ME

research Schenck v. U.S. and respond to the questions below.

“The most stringent [strict] protection of free speech would not protect a man in falsely shouting fire in a theatre and causing a panic…. The question in every case is whether the words used are in such circumstances and are of such a nature as to create a clear and present danger that they will bring about the substantive evils that Congress has a right to prevent.”

• Do you think Schenck’s actions created a “clear and present danger”?

• In times of war, which actions should be permitted as forms of free speech and which ones should be prohibited?

I. Bell Ringer: Analyze the map of the Great Migration and answer the following (NOTEBOOK)

The Bell Ringer is on the NOTEBOOK CHECK RUBRIC BELOW

Today the students did a rewrite of the paragraphs on the Spanish-American War applying the corrective feedback from the previous class. They also created a conclusion based on the gallery walk activity (two student samples are posted below. Choose 1 to write in your spiral).

To be turned in. Each paragraph is 4 sentences, capitalize proper nouns. DO NOT PLAGIARIZE. Write in past tense and avoid 1st person.

The first paragraph should be about the war between Cuba and Spain before the U.S.A. got involved. (use your notes, the textbook, or the video from the link below)

The second paragraph is about whether or not the explosion of the U.S.S. Maine caused the U.S.A. to get involved in the war. This is based on the documents you used for the you do assigned  11/1 or 11/2.

The first sentence of the 3rd paragraph should read. The Spanish American War is one example of U.S. imperialism. Write 3 more sentences regarding the reasons or impact of imperialism ( for example the Annexation of Hawaii).