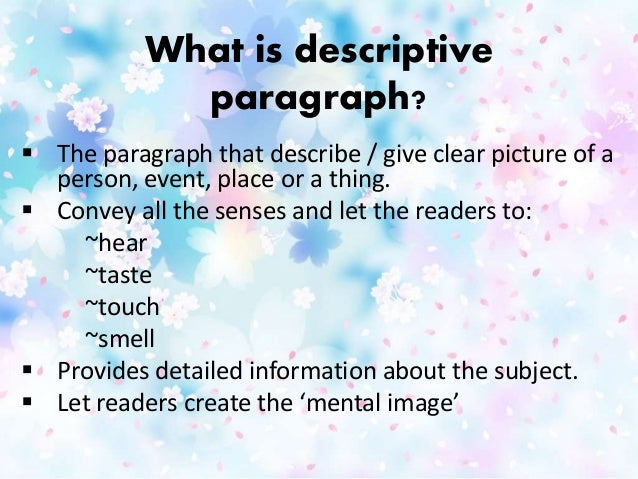 Descriptive paragraph writing must appeal to the senses of the reader.  If the writer can involve the reader's senses, the reader will be able to form a clearer image of what the writer intends.

A writer's words must show the reader what he/she wants the reader to see.  If the writer only tells something, than the reader isn't engaged.

The wooden floor creaked.  (Okay sentence, but it does not describe effectively)

The scarred, honey blond floor sounded like crickets chriping whenever someone walked across it. (Better sentence because words are being used that appeal to the reader's senses.)

Make these words easier for the reader to see by adding words that appeal to the senses: Gregory is my beautiful gray Persian cat. He walks with pride and grace, performing a dance of disdain as he slowly lifts and lowers each paw with the delicacy of a ballet dancer. His pride, however, does not extend to his appearance, for he spends most of his time indoors watching television and growing fat. He enjoys TV commercials, especially those for Meow Mix and 9 Lives. His familiarity with cat food commercials has led him to reject generic brands of cat food in favor of only the most expensive brands. Gregory is as finicky about visitors as he is about what he eats, befriending some and repelling others. He may snuggle up against your ankle, begging to be petted, or he may imitate a skunk and stain your favorite trousers. Gregory does not do this to establish his territory, as many cat experts think, but to humiliate me because he is jealous of my friends. After my guests have fled, I look at the old fleabag snoozing and smiling to himself in front of the television set, and I have to forgive him for his obnoxious, but endearing, habits.

How To Write A Descriptive Paragraph 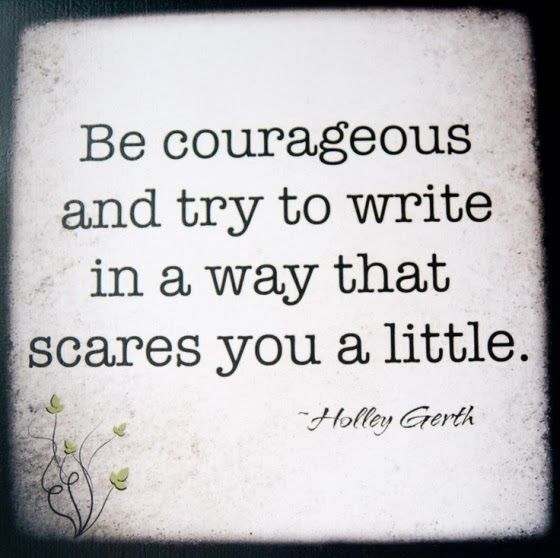 The Team at Educator Pages