Verbal:  A verbal is a verb form that no longer acts like a verb.  In other words, a verbal looks like a verb but it has turned itself into a noun or an adjective.

A Participle is a verb form that has turned itself into an adjective.  It can do anything that an adjective can do.  It will describe nouns.  The participle will usually touch the noun it is describing (usually it is placed in front of the noun, but it can be placed behind the noun as well).

Rotting is the participle.  (Rot + ing = rotting).  Rotting acts as an adjective because it describes the apple.

2.  His running car sounds as if it is dying!

Running is the participle.  (run  +  ing  =  running).  Running acts as an adjective in that it describes the car.  DYING is a verb in the above sentence.

***A sentence can have more than one participle, but that is rare.***

A participial phrase begins with a participle (verb + ING, ED, EN, or T).  To the participle will be attached prepositional phrases, adjectives, adverbs, etc.  The WHOLE PARTICIPIAL PHRASE acts as one giant adjective in the sentence.

Where to place the commas when using participial phrases:

***Eating like a wild animal, Mitchell ate everything set before him.

******My best friend, howling at the moon, pretended that he was a werewolf.

*******Julian ate the pizza swimming with lots of grease from the pepperoni. 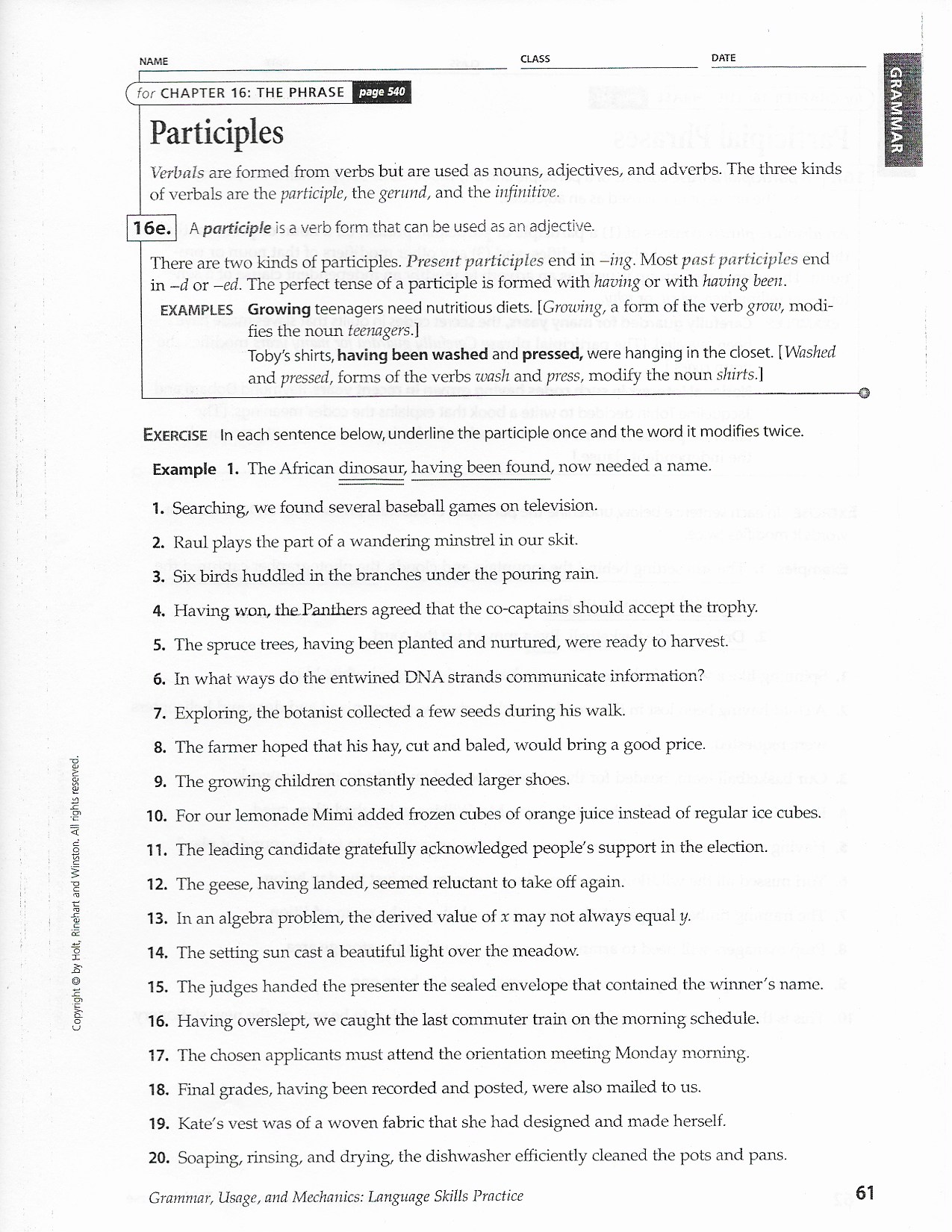