ONE:  Indefinte Pronouns can be SINGULAR, PLURAL, or SINGULAR/PLURAL.  That being said, you must determine  whether an indefinite pronoun (subject of the sentence) is singular or plural in order to choose the correct verb.

SINGULAR/PLURAL:     all, any, most, none, some [These pronouns can be either singular or plural.          To  decide look for a CLUE that comes right after the pronoun.  That clue is usually the object of a prepostional phrase that comes immediately after the pronoun.]

Each (is, are) responsible for the riot.  [Each is singular, so you would pick the verb IS.]

(Was, Were) anybody in the old barn?  [anybody is singular, so you would poick WAS.]

Few of the animals (do, does) wander over to the pond at night.  [Few is plural, so you would pick DO,]

Any of the pie (is, are) very good.  [Any is singular because pie is singular, so you would choose IS.]

None of the houses (was, were) damaged in the wind storm.  [None is plural because houses is plures, so you would choose WERE.]

TWO:  It does not matter where the subject is in a sentence.  Find the subject and decide what it is (singular, plural) and the rest of the sentence must be the same. 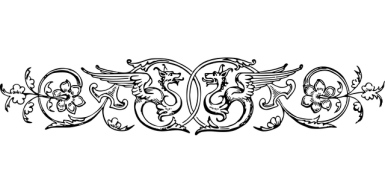 Verbs ending in N’T such as hasn’t, doesn’t, don’t, and so on follow this rule.  Use the first part of the contraction to determine SINGULAR or PLURAL.

Henry (doesn’t or don’t) have a lot of work to do.

The correct answer is DOESN’T because DOES is a SINGULAR VERB and Henry is SINGULAR.

Sometimes if you get stuck read the sentence with the contraction separated:  DON’T becomes DO NOT.

Remember that it doesn’t matter where the subject appears in the sentence.  Where it does, identify it as SINGULAR and PLURAL and the verb must be the same

(Has/Have) the little old man been helped yet?  The subject is man (SINGULAR) so the verb would have to be Has (SINGULAR)

Here (is/are) the key to the front door.  The subject is key (SINGULR) so the verb use be is (SINGULAR)

In teaching others we teach ourselves"  - Proverb