Anderson’s idea to invent such a brilliant piece of equipment came to her when she was visiting New York City on a cold snowy day.  She noticed that the driver was not able to see out a clear window due to the snow.

When Anderson returned to Alabama, she sketched her wiper device on a streetcar.  After many tries, she finally came up with one that worked.  They were a set of wiper arms made out of wood and rubber.  She attached them to a lever near the steering wheel of the driver’s side.

Anderson’s wipers were able to be removed during summertime and installed during wintertime. 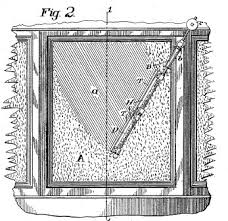