Byrneville was settled in 1811 in the Little Indian Creek valley laid out on a cleared off  portion of the 160 acres of farm land owned by Temple Cole Byrn. The Byrneville valley was originally discovered by Charles Leason Byrn in 1806.  His brother Temple Cole came in 1809.  Because there was so much sibling rivalry between the brothers Temple Cole eventually added an "e" to his surname making it "Byrne".  That is why the name of the village is "Byrneville".

Today what remains is Main Street (the only street) which was old State Rd 64 but now called  Whiskey Run Road;  there were 2 Alleys behind the houses and businesses and dogs all around, population during the time I grew up was around 75 most of which were my relatives: grand parents, uncles, aunts, and cousins.  Our telephone, like the one pictured, was on the Georgetown Exchange, a party line shared with the Crandall Exchange, To make a call we would do 4 rings and ask operator for the 4 digit number we wanted to call, our number was Georgetown 4304.

I grew up experiencing many things which you do not know about.

You will see many of those things which were part of my life on this video clip:

Lost in the Fifties- Another Time, Another Place

Hats commemorating "Byrneville Days" which was a carnival/open house to raise money for the RLDS Church,

they even offered Hot Air Balloon rides, with a tethered balloon which go up several hundred feet.

One of the delights we enjoyed at Grandfather John's home was listening to his Edison Cylinder Player.

Looking both down and up the main & only street which was Old State Road 64, now called Whiskey-Run Rd. 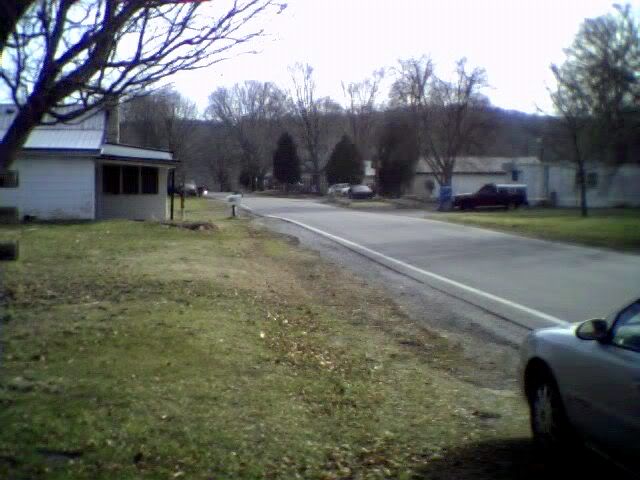 John R Byrn General Merchandise in the center of the village, advertizing the store 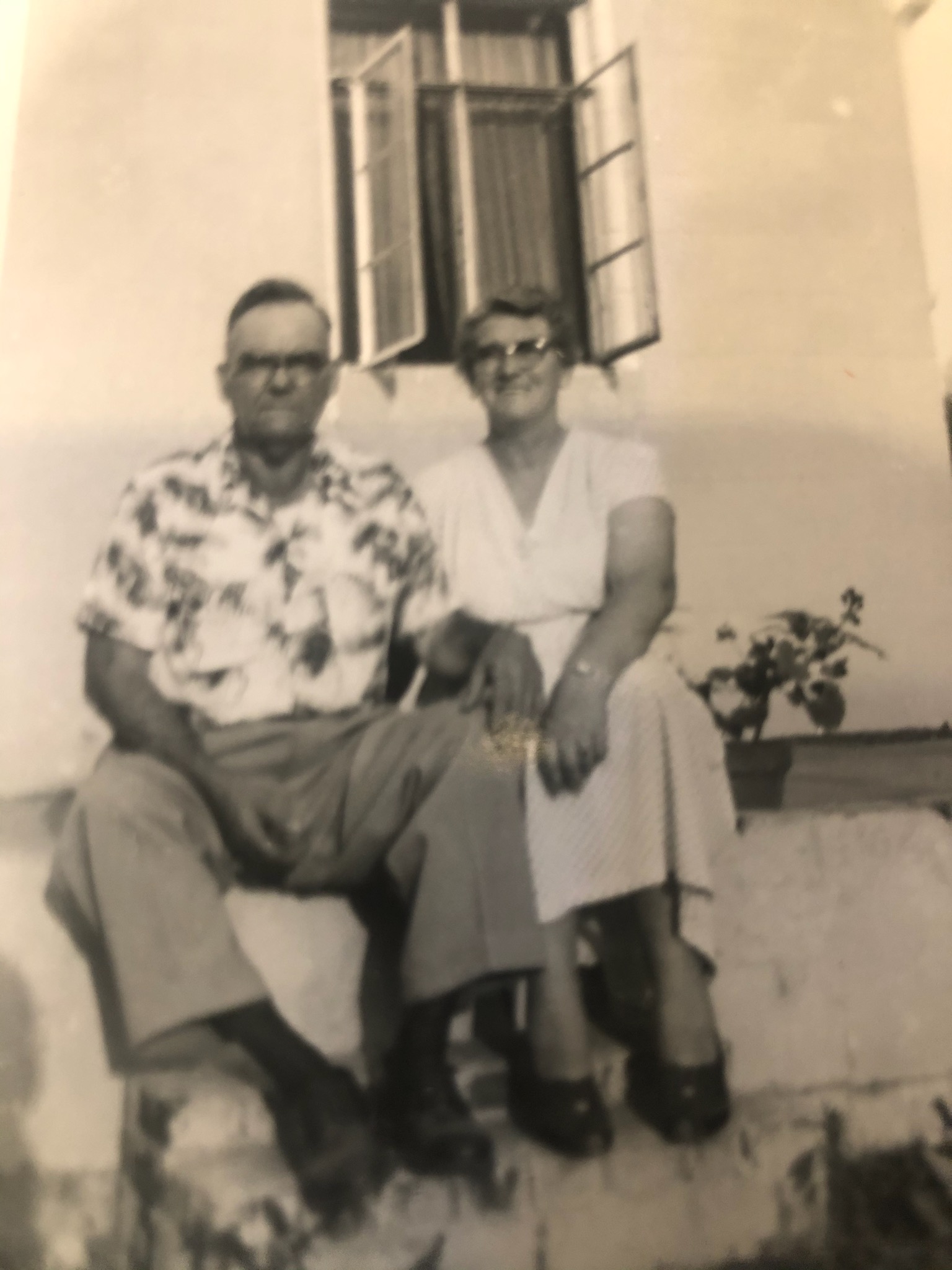 Owen Kenneth's Sons Steve and David with Pam All Grown Up

The Byrneville Town Pump, was across the road from the John Byrn Home

Note the satellite dishes beyond, clash between what was and what is!

and built a concrete block Mosier's Grocery a couple lots down from John's store.

My father and I tore down the old store around 1959 and happily noted the axe hewn poplar beams. 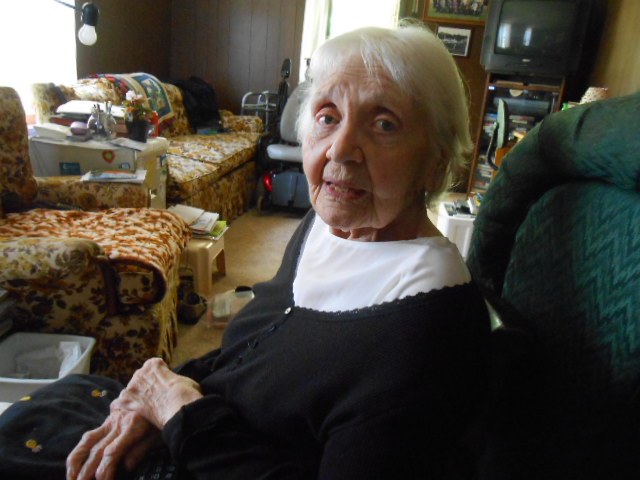 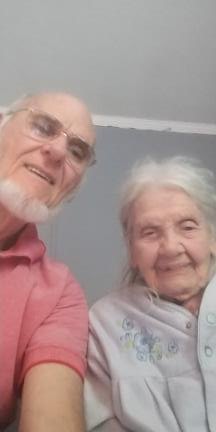 Mildred and Harley Maymon, my next door neighbors and very good friends; The Maymon Family were relatives and treasured by all of us Utzes. More pictures below.

Harley was a WWII Veteran who fought in the Battle of the Bulge, a true American hero!

Harley was Pastor at Byrneville several times. One fond memory was watching him pitch softball,

he'd throw underhanded so hard and fast that you could hear the popping sound in the catcher's glove.

the old bridge in the middle and new bridge on right, Corn Creek in Flood Stage over the bridge 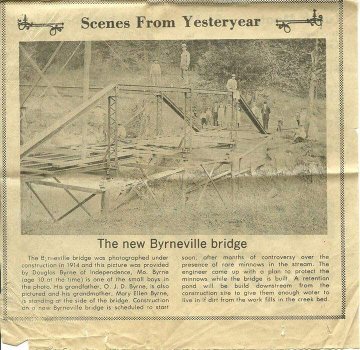 I was named after My Grandfather John Ransom Byrn, who pastored the Byrneville Branch of the Reorganized Church of Jesus Christ of Latter Day Saints, today known as Community of Christ. Above left was his Pocket Bible Handbook. Grandfather John was pastor for 23 consecutive years (1930-1953) during the time I was growing up. I was born in his home early June 30, 1941 and my parents asked him to anoint my newborn head with consecrated olive oil and pray for me the prayer of faith because Dr. G. D. Baker who delivered me had told them I would die due to respiratory distress.

Grandfather made his living with "John R. Byrn General Merchandise". Upper right is one of the duplicating credit pads he kept for each family that needed to charge items.  He would give the top copy to the customer and keep the duplicated with carbon paper copy for his records. The customer could pay weekly or monthly, and many were not able to pay at all.  That was part of their ministry to the community.  Many people both in town and the surrounding country depended on John & Hazel Byrn.  They would often be called out in the night and would go help people wherever they were, doing for them whatever was possible for them to do. The extent of their sacrifices for others cannot be measured, it was truly bearing one another's burdens in very deed.

When the elders came to Byrneville to hold services in the homes, 30+ people, including my grandfather and grandmother were converted to Jesus Christ and joined the small group who built this building.  During that 6 weeks of missionary preaching, Elder M. R. Scott was threatened by the Indiana Chapter of the Ku Klux Klan. He ignored the warnings and continued preaching and many were won to Christ because of his strong faith. 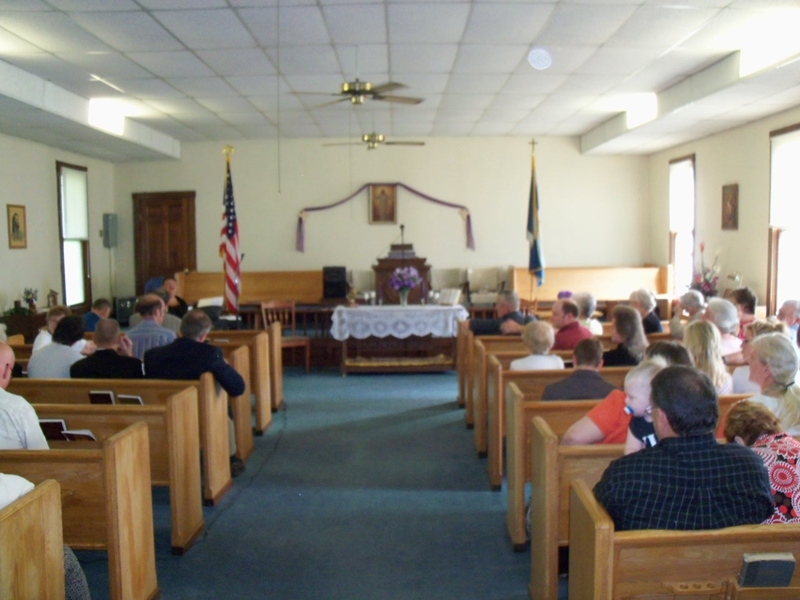 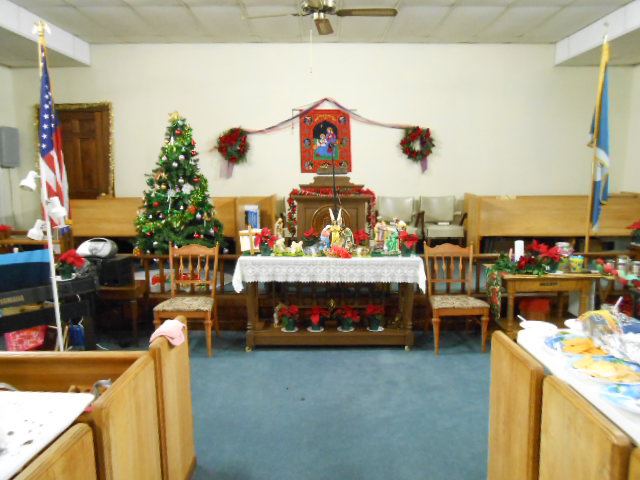 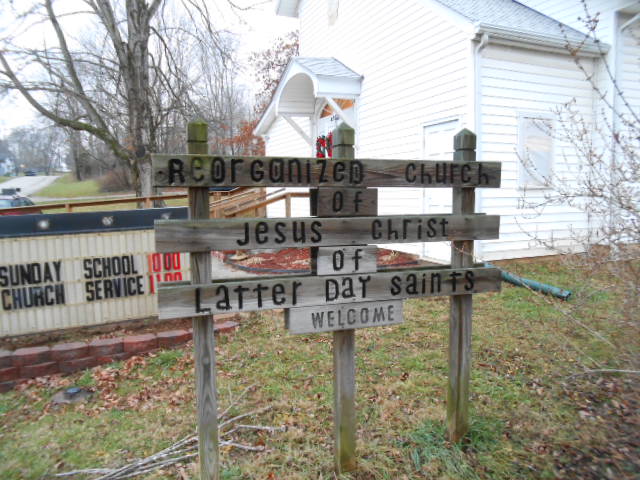 [note me in the back, former pastor Floyd Gatrost in the center, John Byrn on right corner

The Pioneer Cemetery was on a bluff  just on the other side of Corn Creek. 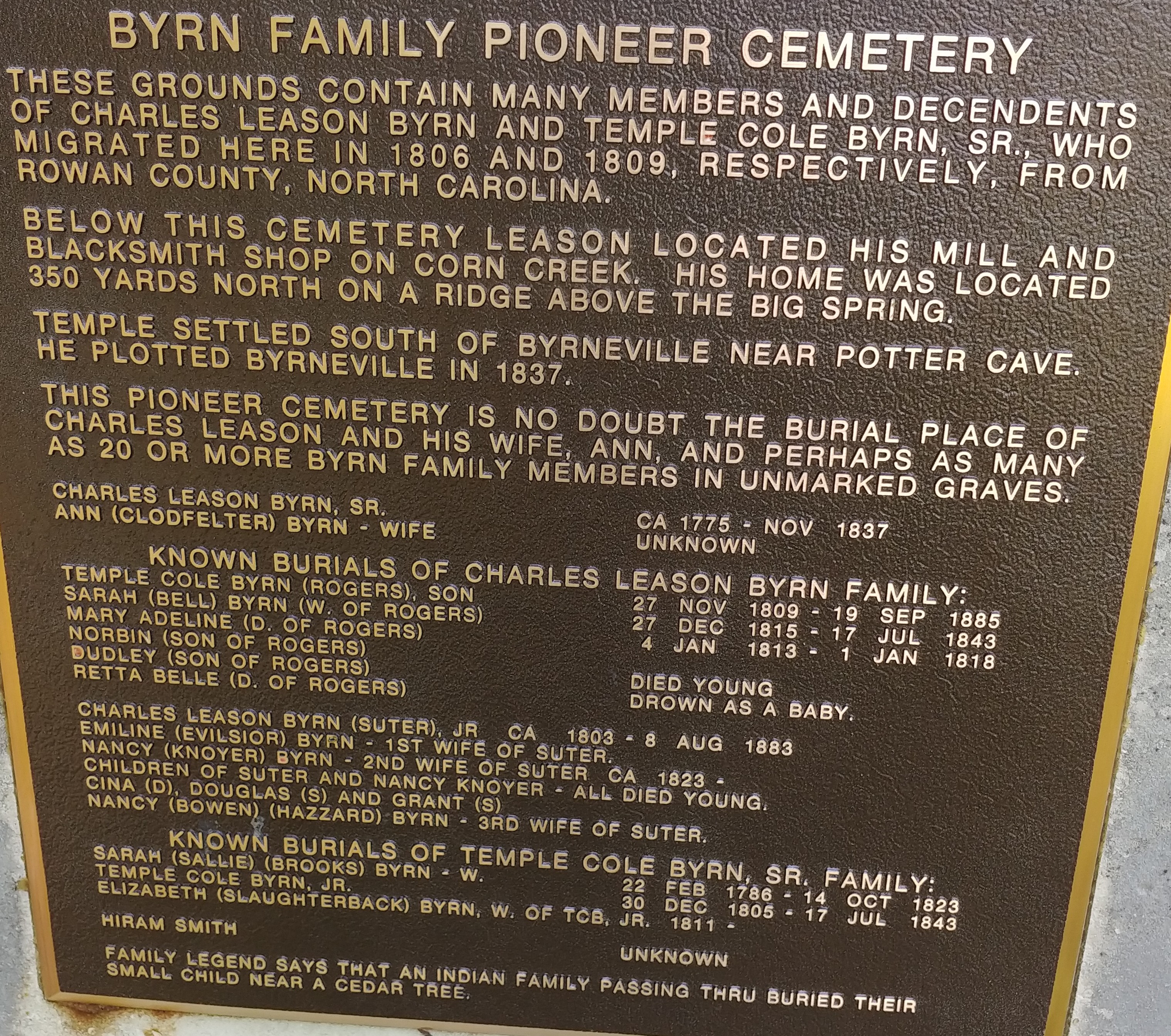 Jim & I were teachers at North Central and I introduced Jim to Irma. 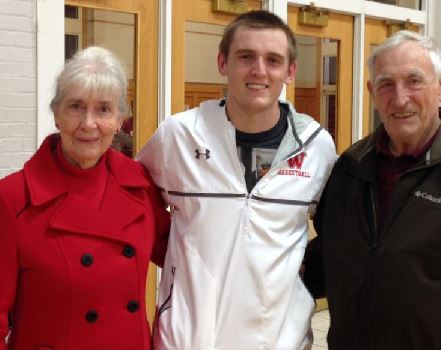 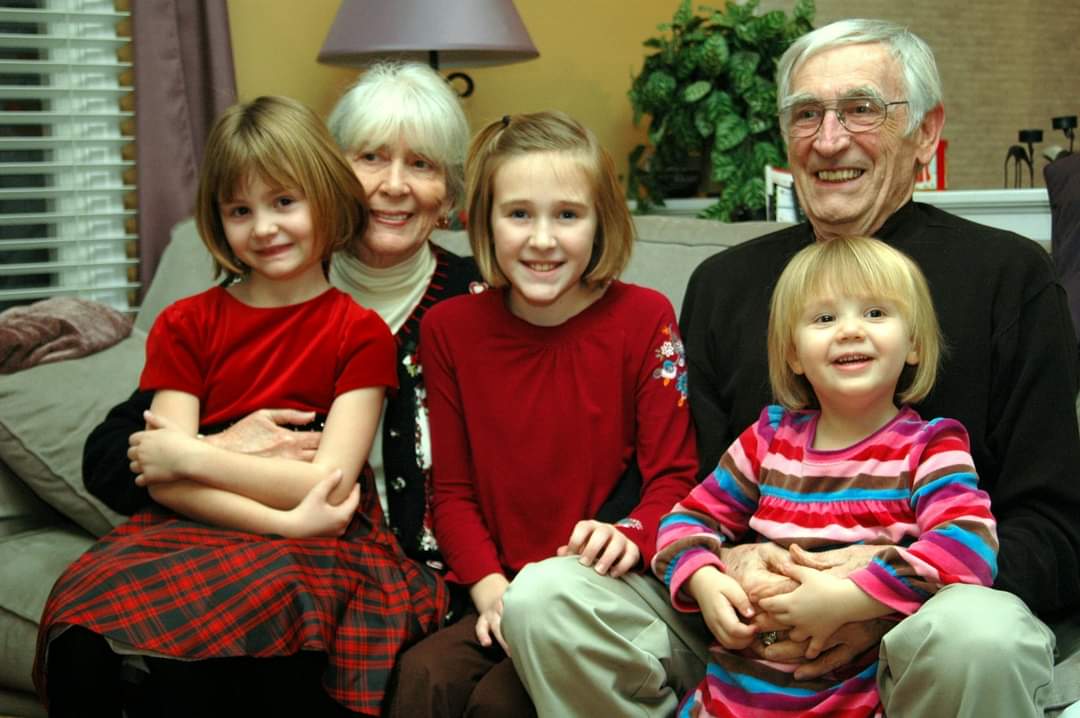 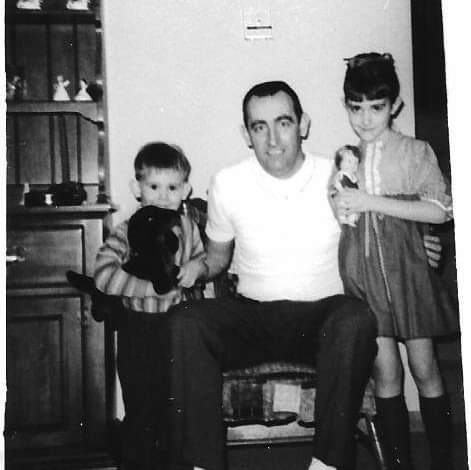 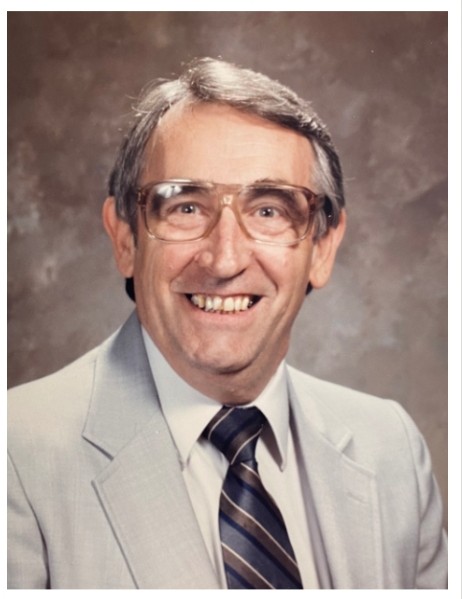 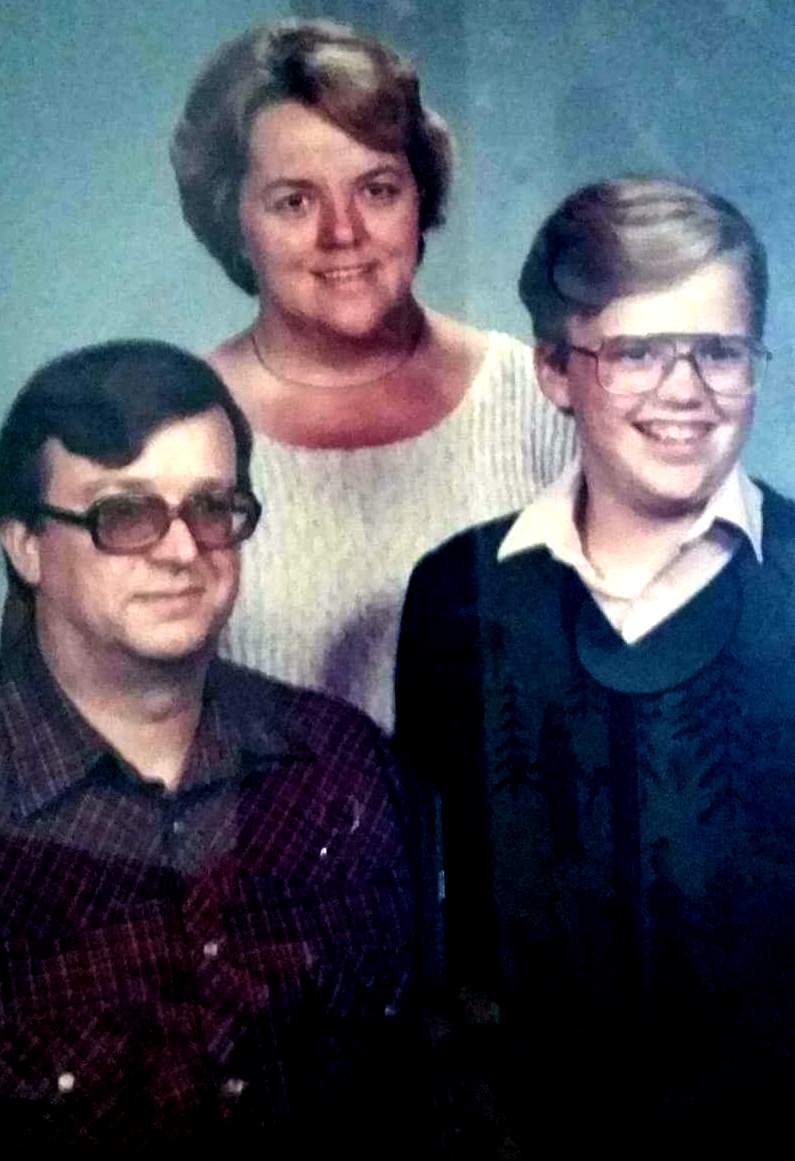 with Mary Slaughterback and with Mary Lois Stiner who knew me newborn. 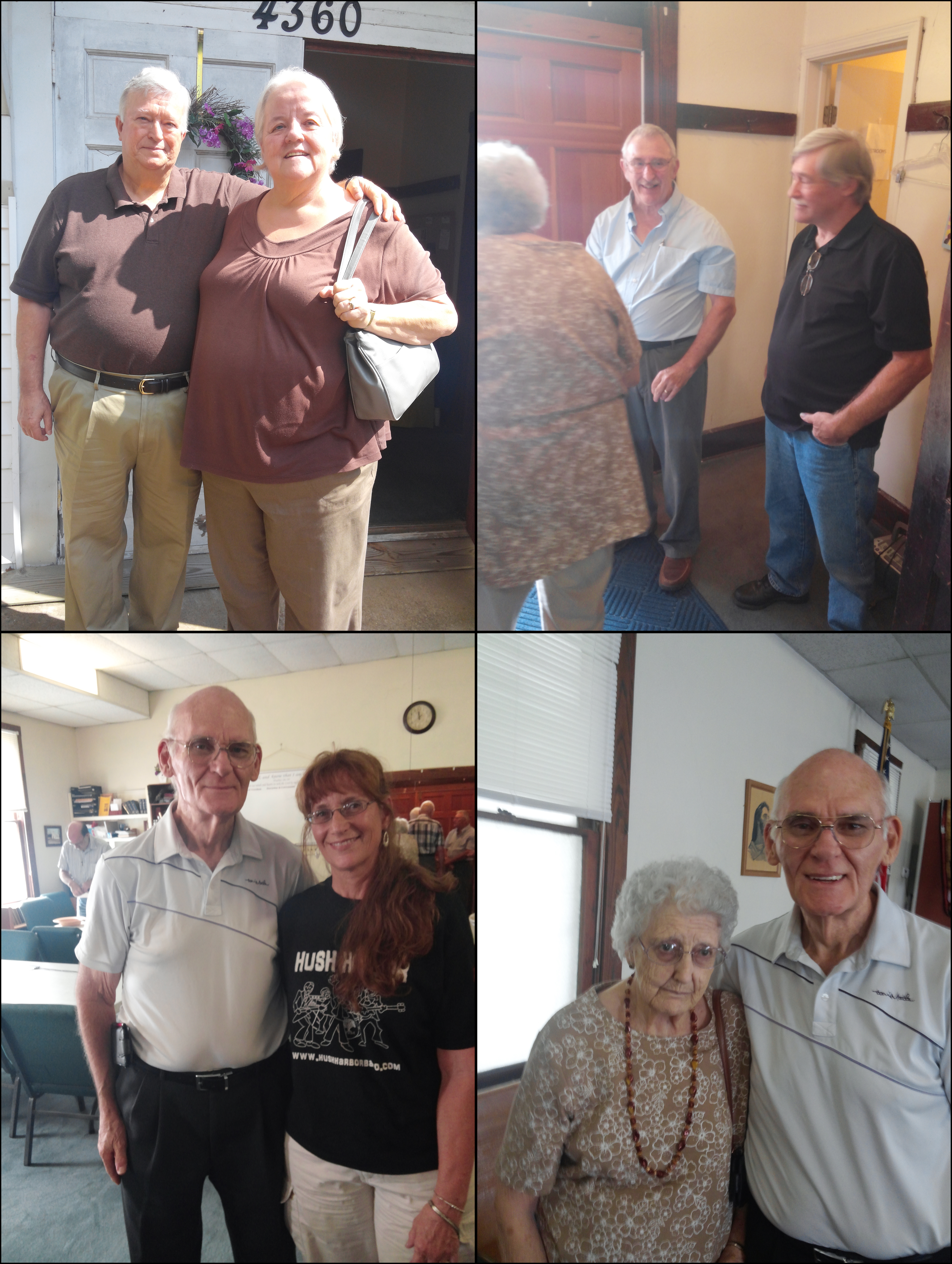 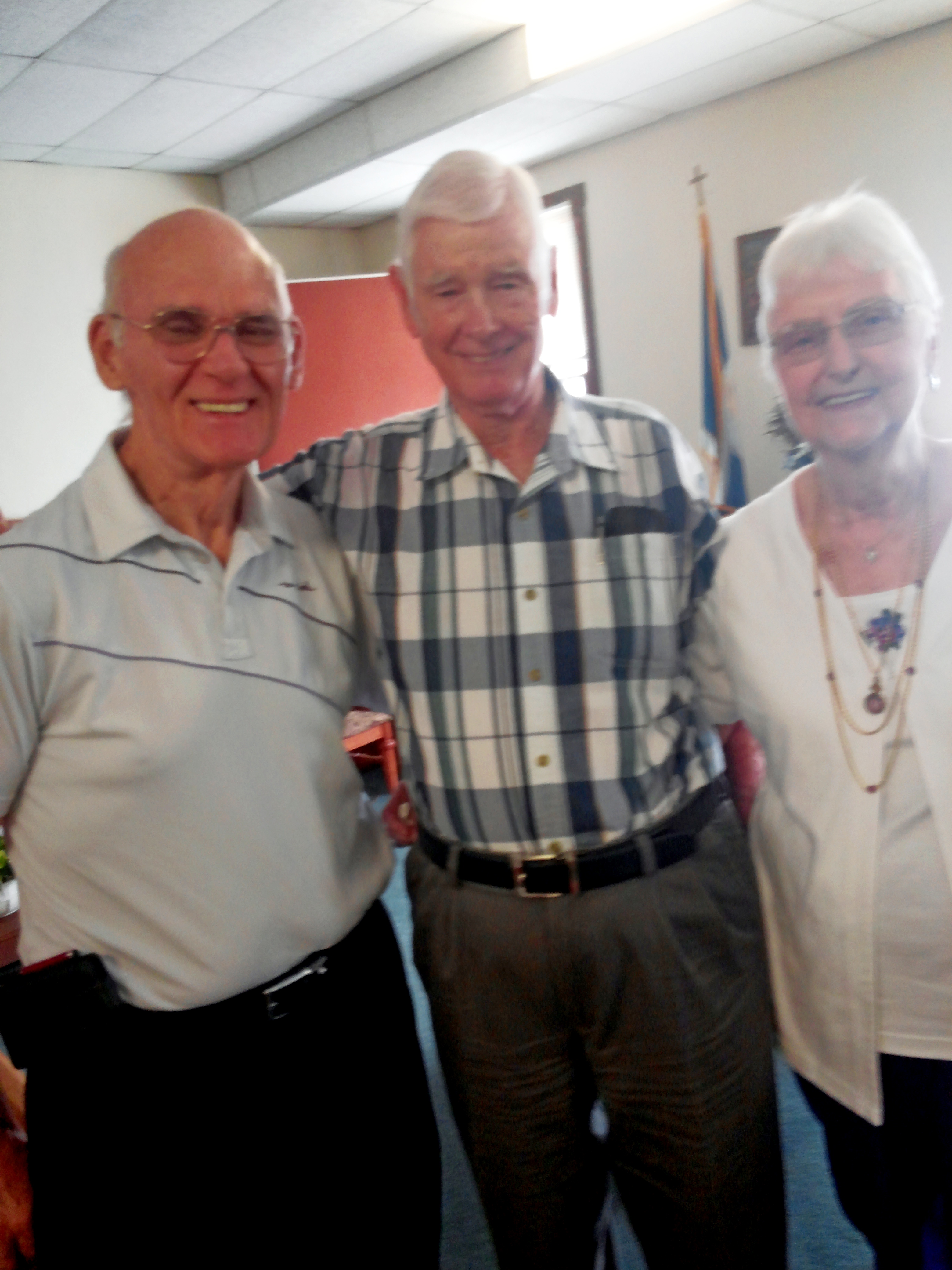 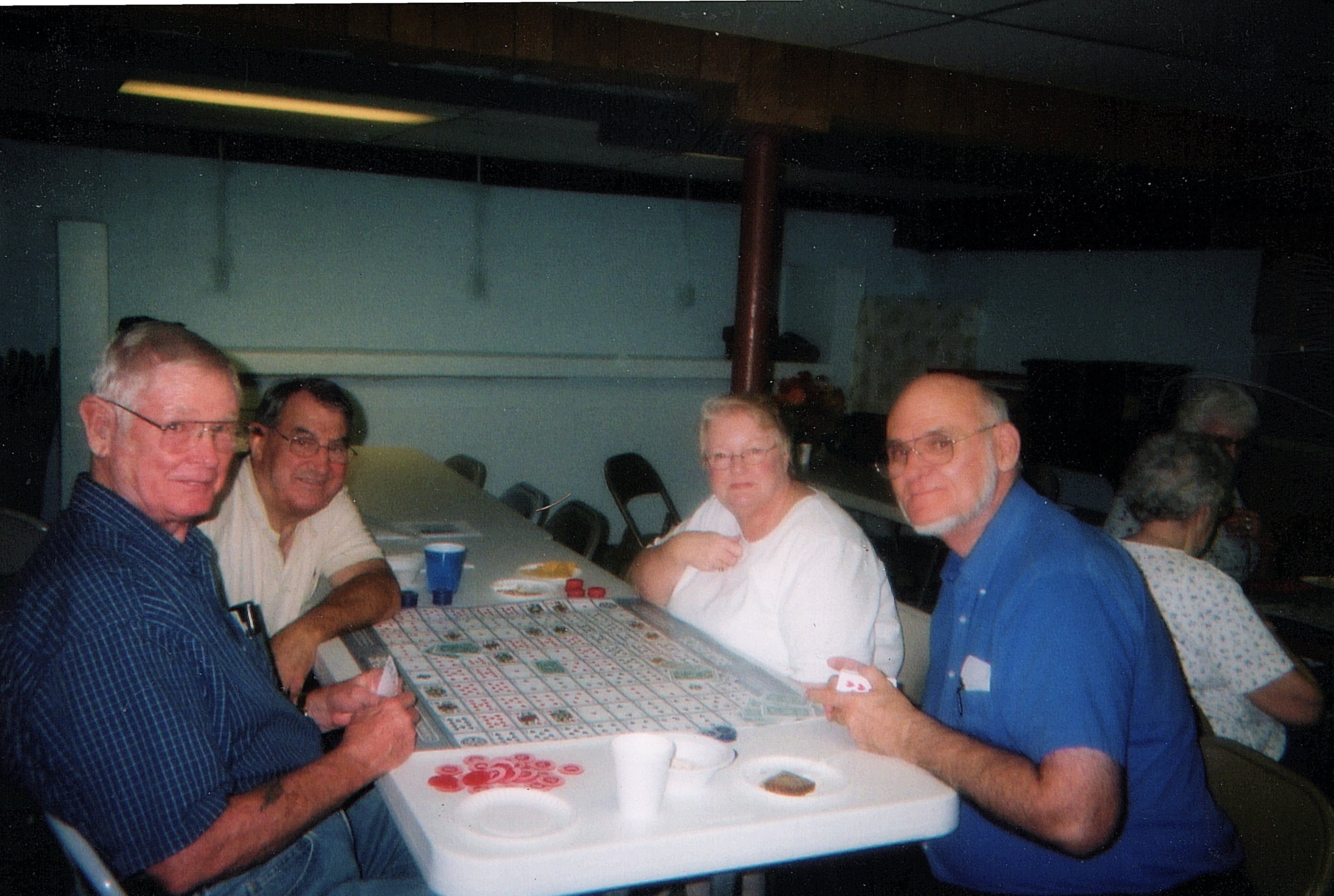 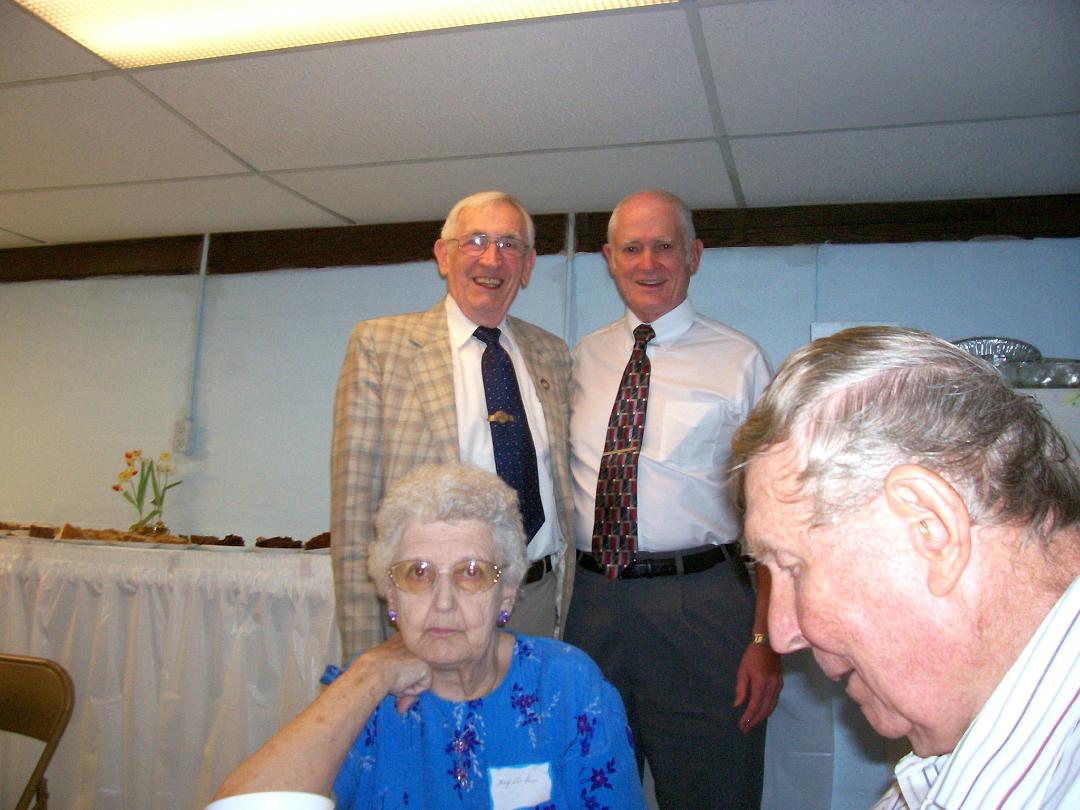 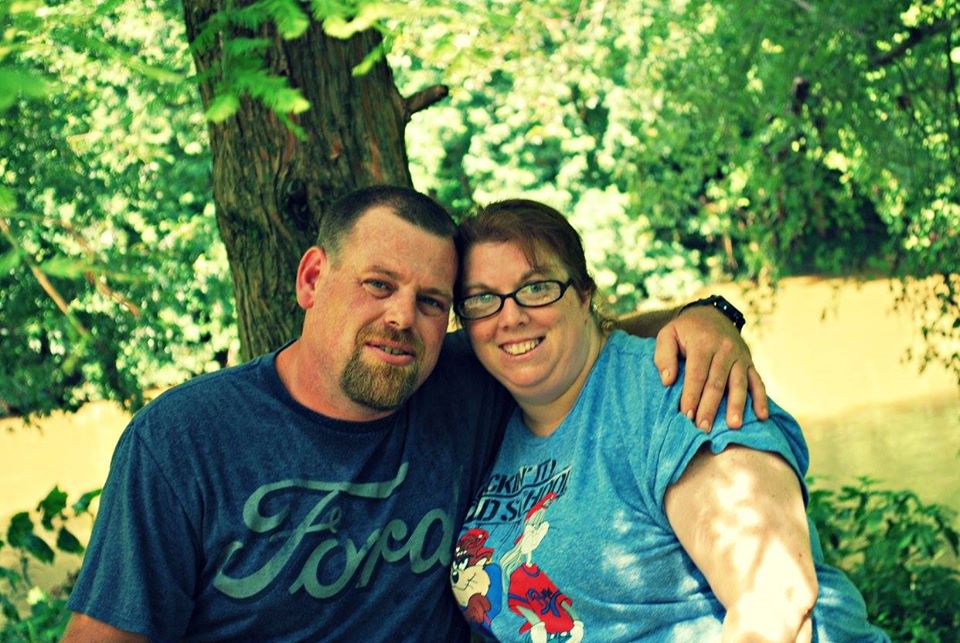 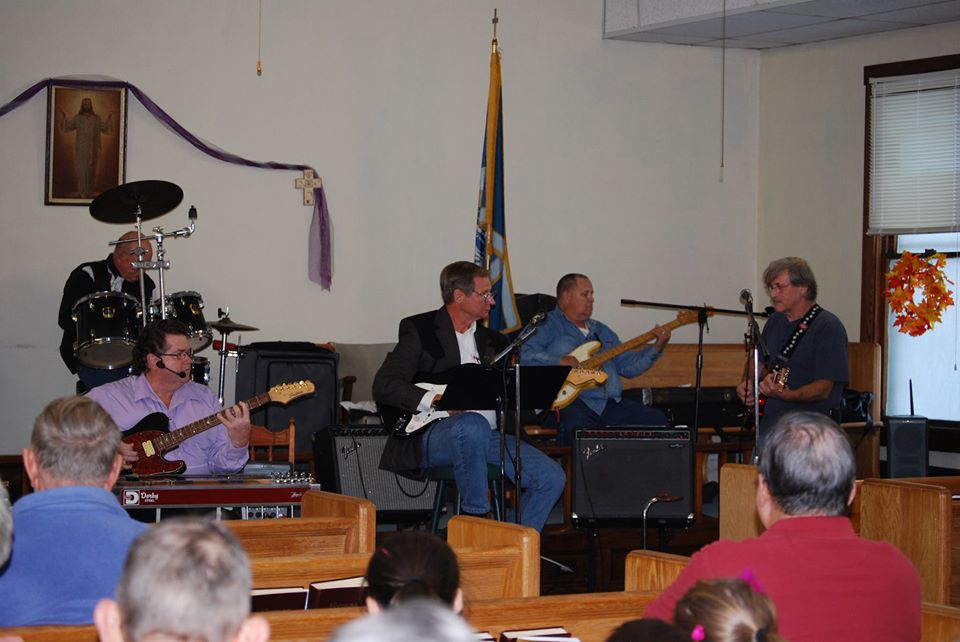 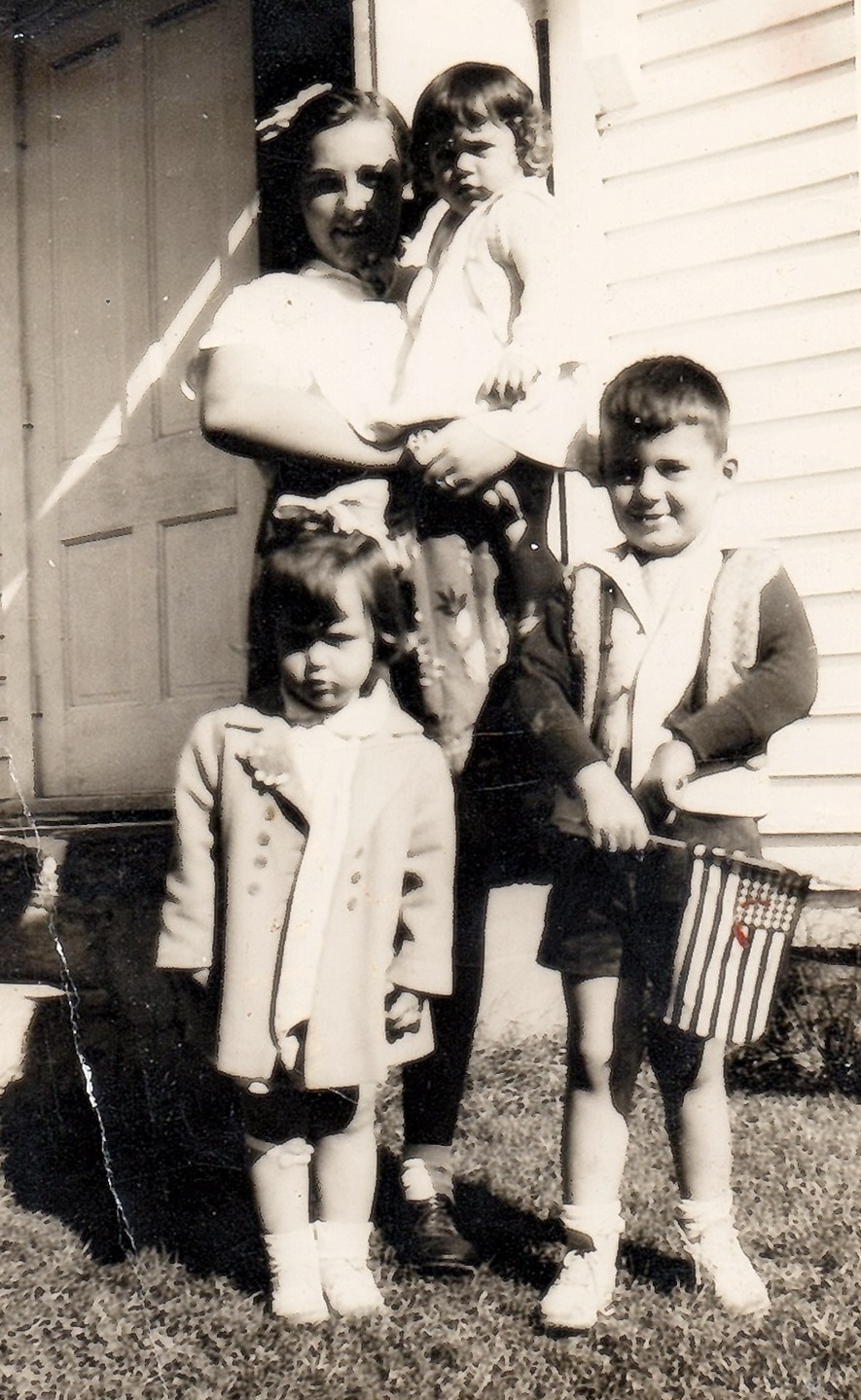 (I baptised Dennis at the Reunion Grounds, Dennis being a big guy decided to help me immerse

him so when I started to lay him under the water he kicked both legs out pulled me under with him! 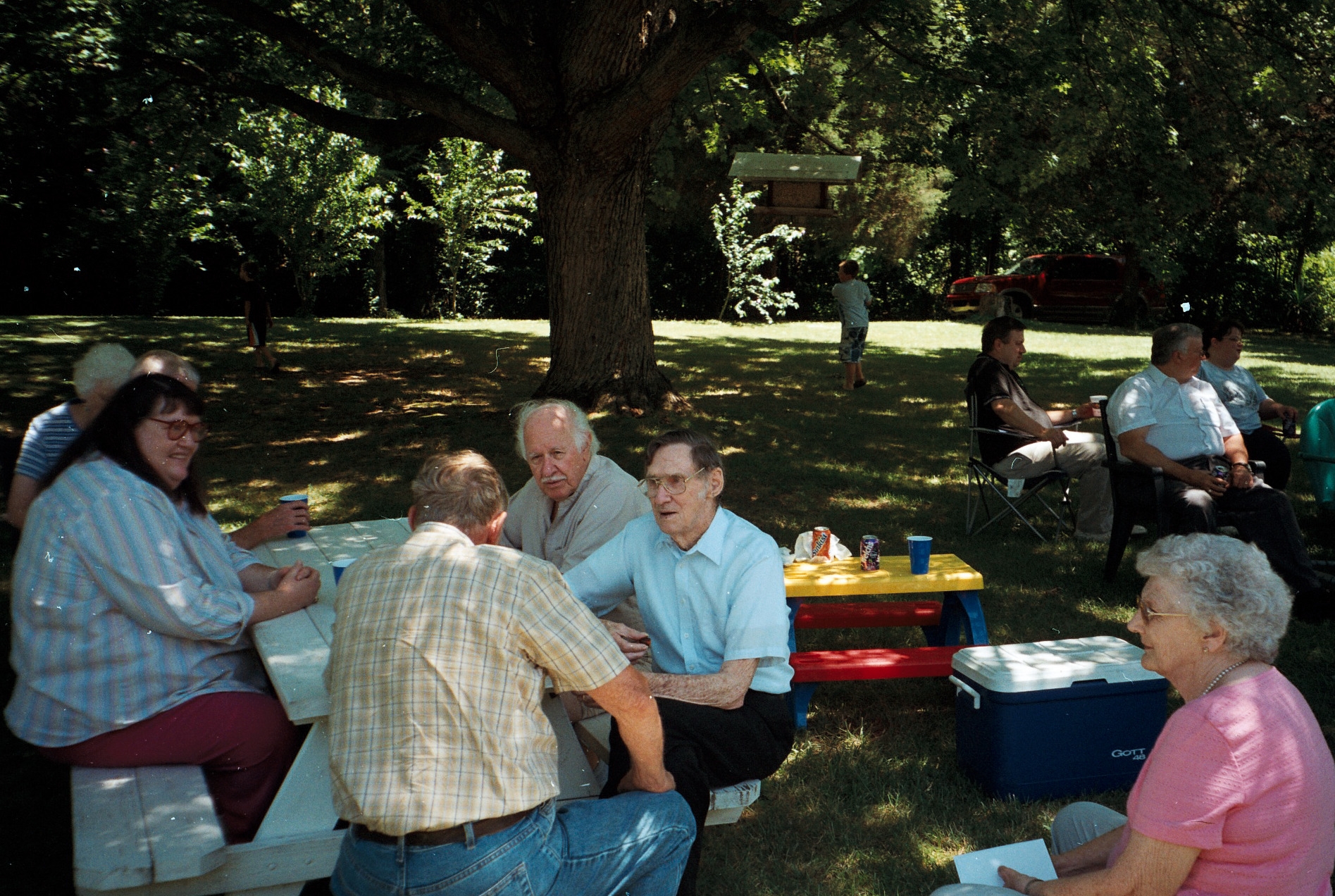 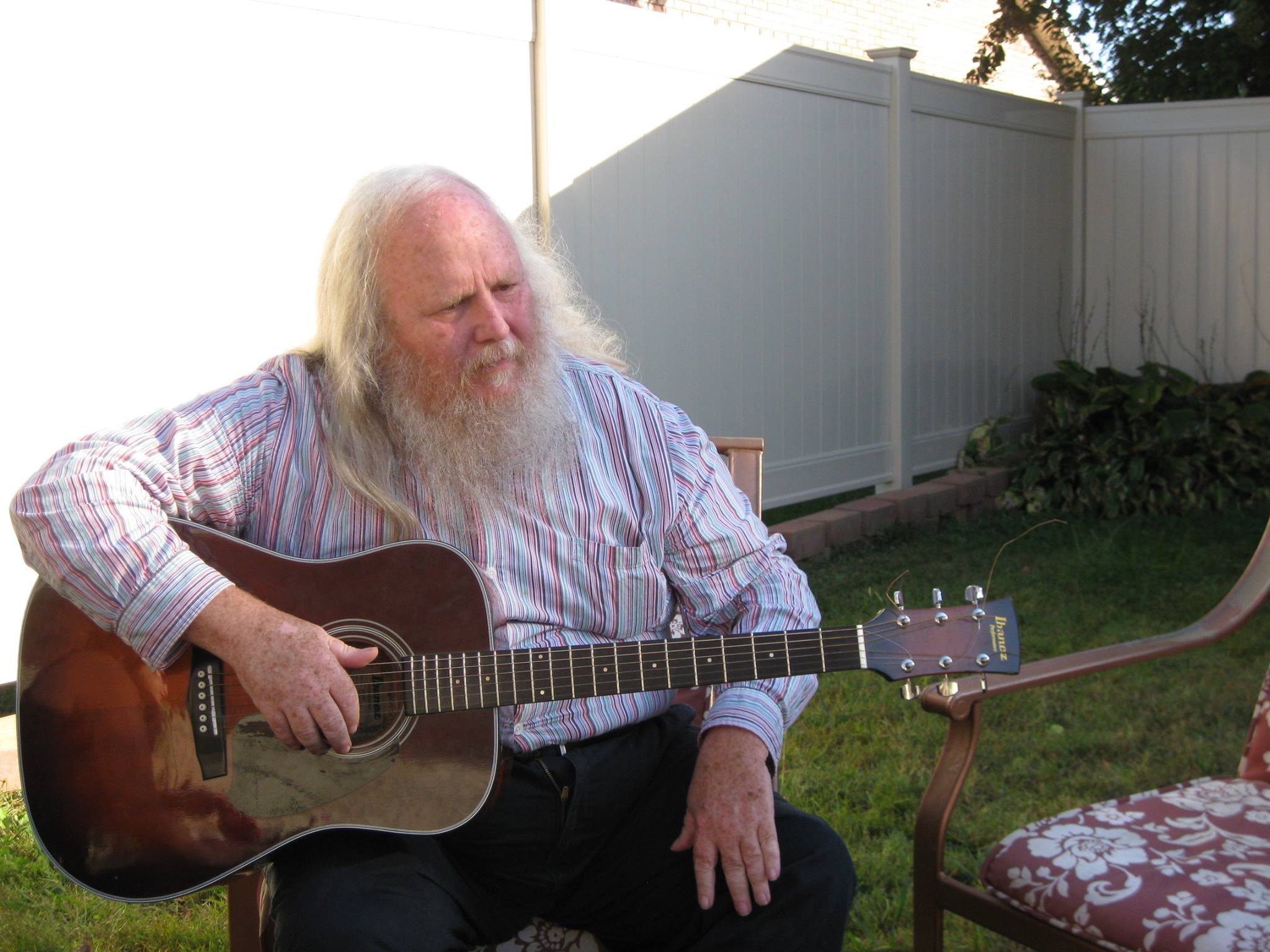 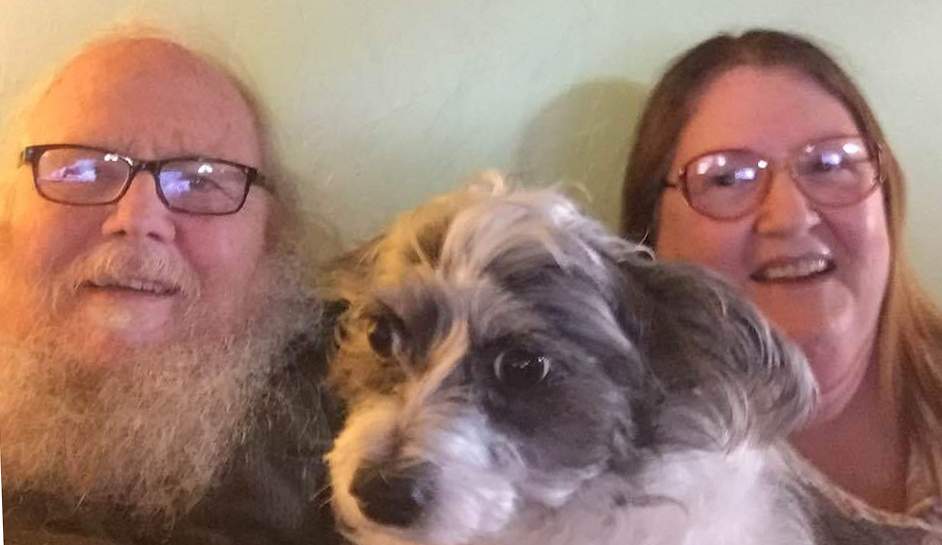