I am classically trained in both Voice & Piano and have been teaching for seven years.

I attended the Applied Music Program at Moorpark College in Southern California from 2000 - 2004 where I studied privately with John Glenn Paton.  I also performed with the college Vocal Ensemble, Choir, & Master Chorale and studied under James Stemen.  Most of my Vocal Ensemble work was done A Capella.  I was involved in many community performances year-round through each of the aforementioned groups.  During my time at Moorpark College, I sang the National Anthem at many sporting events (Football, Basketball, Baseball, etc.).  In 2002, I auditioned for American Idol  singing "Pop" music and made it to the 2nd round when I realized that I wanted to keep singing Classical music instead of pursuing a career in "Pop" and thus, continued my Classical studies.

I also am responsible, in part, for establishing the Vocal Ensemble class/program that is now offered at Moorpark College.  Myself and another student had desired to be a part of an elite vocal performance group offered through Moorpark College, however, there was no such class available at that time.  With the help of James Stemen and the guidance of the Dean of Performing Arts, we wrote a proposal, petitioned it, and got the required number of signatures to present to the Dean and the Board of Directors of Moorpark College.  We even organized a group of twelve volunteer singers, practiced, and performed on our own time.  James Stemen saw our commitment to getting Vocal Ensemble started and invited us to perform at the Holiday/Jury Performance at the end of the semester that the Dean would be attending.  After taking into consideration our proposal and our accomplishments as a volunteer group of qualified and talented singers, our proposal was granted and Vocal Ensemble has been added to the classes currently offered in the Moorpark College Applied Music Program ever since.

From 2006 - 2008, I attended the Applied Music Program at Modesto Junior College where I studied Classical Piano under Dr. Alejandro Sabre, DMA and Dr. Yan Yan Chan, DMA (whom both earned their Doctorate Degrees from the Eastman School of Music in New York) .  At the time, I had the highest grade in the Applied Music Program and was offered/appointed a part-time job as the Music Theory & Piano Tutor for the Music Department.  At the urging of my professors, I began teaching piano and voice lessons out of my home as a part time job.  Some of my first students included those whom I tutored through the Applied Music Program.  During this time I also studied Vocal Jazz under Kerry Marsh (Vocal Jazz instructor of the CSUS & SSUS groups at Sacramento State University).

Over the years, I have also been involved in recreational performance opportunities outside the academic realm.  I earned the lead role in a student film in 2001 called "The Sister's Club" that was awarded first place at the New York Film festival in Los Angeles and the Novelty Award at the Sundance Film Festival.  Also, in 2010, I earned the lead singing/acting role in the Christmas musical "Christmas Dreamin" at my church, Calvary Community Church in Manteca, California.

I currently live in Bend, Oregon with my husband and daughter.  I was hired at the Cascade School of Music shortly after moving to Bend in August of 2011.  I also hope to continue work on my degree by enrolling in University of Oregon Bend Campus at the beginning of 2013.  I hope to contribute greatly to the experiences students have while attending the Cascade School of Music.

I currently teach through the following organizations:

Independently from my home

Cascade School of Music - Bend, OR

I am in the process of becoming affiliated with the following organizations: 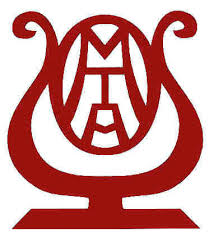