Nearly all the world's major religions are represented in India. The vast majority of the people(about 83 percent) are Hindus. Islam (the religion of the muslims) is the second largest in the number of its followers. With about 12 percent of the population other religion groups include Christians, Sikhs, Buddhists, and Jains. India also has smaller communities of Parsis(Zoroastrians) and Jews.

What are Hindu Beliefs?

Hinduism has four essential belifs.  Hindu believe in God( or gods who are manifestationsof a single god or universal spirit) as the creator os sustainer of the universe. They believie in a soul that is eternal and meges with god at salvation. They believe in the moral responsiblilty of people for their actions which is otherwise know as karma. Since they are envowed with a will of their own by which they act. The fourth principal of Hinduism is belief in reincarnation(rebirth). Hindus belive that people must go through a series of birth, deaths, and rebirths to atone their sins before they can achieve salvation. The nature and form of one's rebirth is largely determined by one's actions in an earlier life. 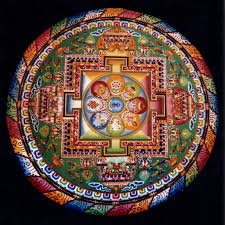