RULES OF THE GAME

2) Serve: Player must keep one foot behind the back line when serving. The serve is made underhand. The ball is to be dropped to the ground and served after it bounces

The service is made diagonally cross court and should land between the non-volley zone and the baseline.
Only one serve attempt is allowed, except if the ball touches the net on the serve and lands in the proper service court. Then the serve may be taken over.
At the start of each game, the first serving team is allowed only one fault before giving up the serve to the opponents.

a) A point is scored by the serving team when the receiving team (or player) makes a fault.

b) When the serving team makes its first fault, players will stay on the same courts and turn the ball over to the other team. Players switch courts only after scoring.

Determining the Serving Team or Player: Use a coin toss or rally the ball until a fault is made. The winner has the option of serving first or receiving.

3) Volley: All volleying (hitting the ball before it bounces) must be done with player's feet behind the non-volley zone line. It is a fault if the player steps over the line on the volley follow through.

a) Hitting a ball out of bounds. A ball landing on the line is good;

b) The ball does not clear the net;

c) Stepping into the non-volley zone and volleying the ball;

6) Scoring: A team may score a point only when serving. A player who is serving shall continue to do so until a fault is made by his/her team. The game is played to 11 points. A team must win by 2 points.

a) The server may not serve until his opponent is ready, but the opponent shall be deemed "ready" if a return of serve is attempted.

b) If a player is playing a ball that has bounced in the non-volley zone and she/he touches the net with the paddle or any part of the body, it will constitute a fault for that player.

c) Only the player served to may receive the service, but if the ball touches or is hit by his/her partner, the serving side scores a point. 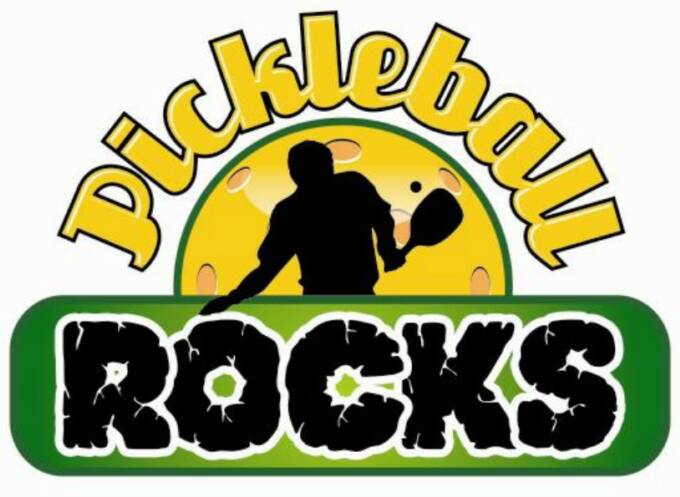