Social Cognition Theory is derived from the learning theory of society, which states that the learner learns from dialogue and activities with others more than books and tapes and punish modern educational tools. This theory emphasizes the role of student participation in collective science. Work to increase the chance of student learning. This theory was first published in 1941 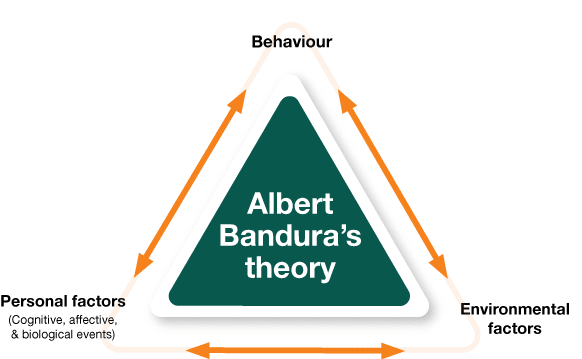 Key principals of the theory

An example of the theory in practice

Following an intellectually oriented person on Twitter or Facebook leads the person to learn patterns of thinking they don't have, and then applies them in the form of certain actions. This intellectual orientation is not necessarily negative, but in many cases it may be positive. The famous Instagram site led people to learn global patterns of behavior, which includes many followers from different countries of the world, which in turn helped the followers to acquire a lot of behaviors and knowledge that were not common in their local environments such as cooking some foods or how to prepare a table or learn down In some tourist areas through follow-up accounts and others. He also contributed to the teaching of some hobbies that were not known or familiar, prompting many people to search for these hobbies and learning and thus practice