Benjamin Franklin had an outstanding political career and made significant contribution to our political process both at home and abroad.  In 1754, he drafted the Albany Plan of Union, urging the colonies to form a united defense against threats from the French and their Native American allies.   He was appointed the colonial agent to London in 1757 and he lived in London during his tenure.  He was elected as a Philadelphia delegate to the second Continental Congress in 1775 and served on a committee to draft the Declaration of Independence.  In 1776, he was appointed to the court of France where he helped negotiate and signed the Treaty of Amity and Commerce between America and France, thereby securing critical support from the French in the form of loans, military supplies and troops.  He also helped negotiate and signed Treaty of Paris, officially ending the Revolutionary War.

In 1787, he was elected president of the Pennsylvania Society of Promoting the Abolition of Slavery, and served as delegate to the Constitutional Convention. He was a champion of American Independence and that is the title he is famous for. 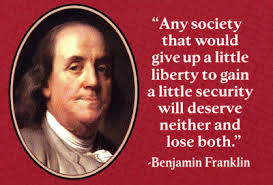