QUIZ: Causes of the American Revolution

Note: Map can be found by copying here this link and pasting it into a browser:        https://homeschoolyear.files.wordpress.com/2012/11/13-colonies1.gif

Choose to answer either 1 or 2:

Be able to answer questions about the following terms. Remember all of the traits of each term:

Homo Sapiens:  Modern humans that emerged in Africa around 200,000 B.C.E. and later migrated to all habitable continents of earth.

Paleolithic: Old Stone Age.  Most tools made of stone.  Period when modern humans got food by hunting and gathering lifestyle.

Hunting and Gathering: Name for way of life by which humans got food until agriculture.  A nomadic lifestyle – in groups of 20-30, humans moved regularly, following animals they hunted and gathering non-animal food.  Men hunted and women and children gathered food.  Because of nomadic lifestyle, humans had few ‘things,’ because they could not carry a lot.  From 200,000 B.C.E. to about 10,000 B.C.E., when agriculture started.

Study the map below and be able to tell when man first appeared, when they first migrated out of Africa, crossed the Bering land Bridge (Beringia) into the Americas, and when they reached the southern point of the Americas. 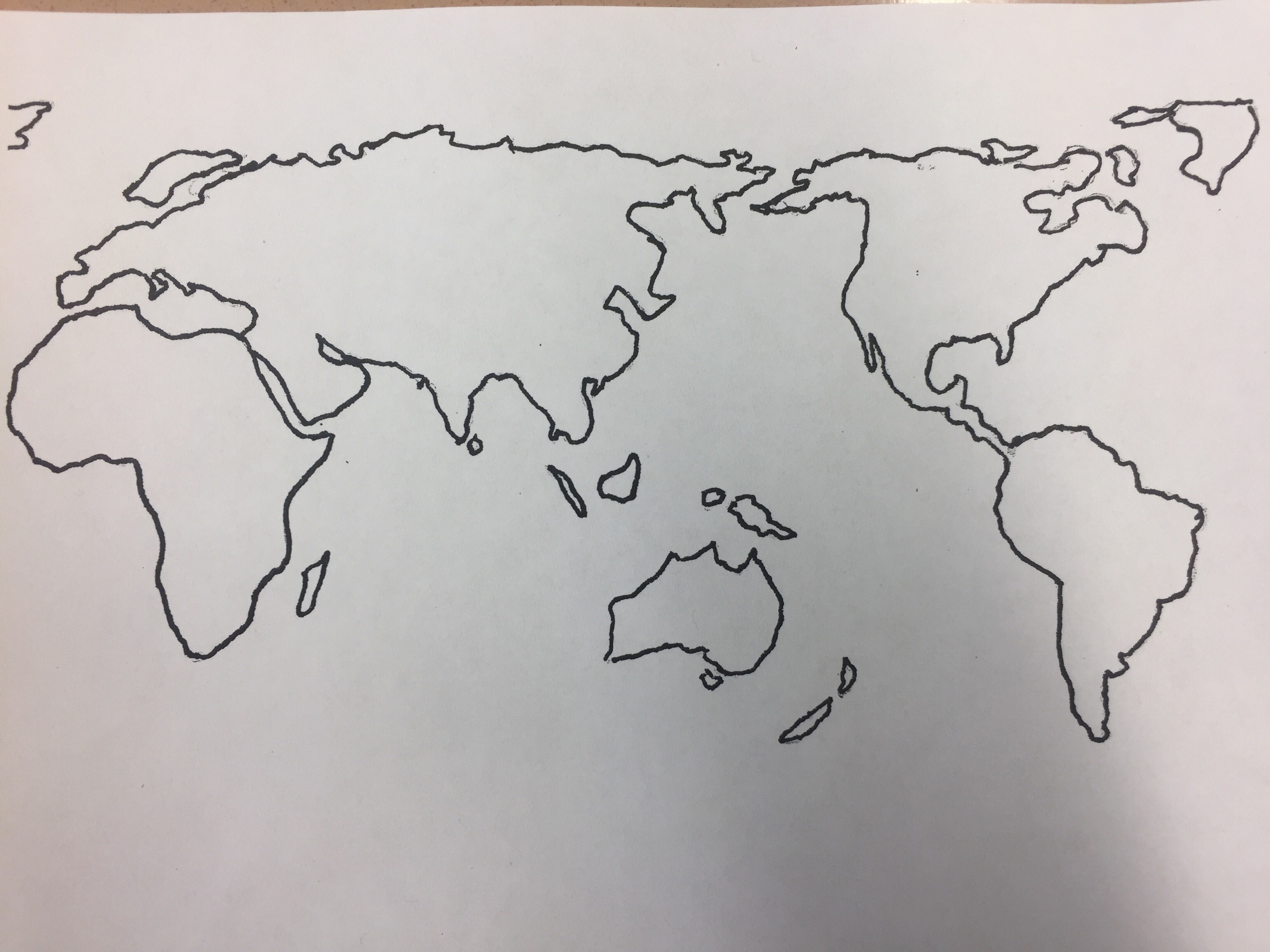 Homework: Study the 5 flashcards over weekend.  Handing in cards will count as part of quiz grade.

2. What rubric are we using this year?

3. What’s something you have to do to get a good grade on a writing piece?

5. What does “Command of evidence” box show?

Homework: Start studying these two cards today (10/18/16).  Note that we will add more flashcards to these two during this week.

CARD 1  What are migrant workers?

CARD 2  Historically, where have most migrant workers come from?

CARD 3  Identify an important change in U.S. farms since the 19th c.

Remember to use your flash cards to study for the quiz on Puerto Rico this coming Monday.  If you lost your cards, this is the information you must know:

Card 1: What is colonization?

When a country controls another territory – for political or economic power – it is called colonization.

Card 2: Puerto Rico: know location and individual and country that first colonized it

Card 4: And after the native Americans had mostly died or run off?

On Monday October 24th, the seventh grade will be visiting the Museo del Barrio in Manhattan in order to learn about Dia de los muertos and its connection to Mexican history and how it is celebrated in present day America. this will be a continuation of our study of Latin American history. The trip will cost 6 dollars for each student and weather permitting, we will have a picnic lunch across the street in Central Park. Any parents interested in chaperoning, please inform us on your child's permission slip (chaperones will not need to pay museum admission).

How was your first (almost) full week of school?

We hope everyone had a great first week! We certainly have been happy to see you back and are now very much looking forward to the coming year. Don't forget to read every day (including weekends) and fill out your reading log. And remember to have a parent or guardian or sibling sign it! Enjoy your weekend and we will see you on Monday!

Don't forget, we do not have school on Monday. Enjoy your first weekend of the school year and we will see you on Tuesday!

We are your teachers for seventh grade Humanities, Mr. Jackson and Mr. Parker. We are very excited to get to know you all and watch you grow and learn and progress on your path to being the best citizens you can be. Seventh grade is a time to take what you have learned in the past and put it to use! We will focus on reading with a purpose as well as reading for fun. You will continue to explore what your reading style is and will be able to delve deeper into many different genres during our reading for fun periods. Over the course of the year, we will be studying the native people of the Americas, from the Incas and the Aztecs of present day Central and South America, all the way through slavery and the Civil War in America. We hope that you will not only take an interest in these topics, but also be able to discuss how we might use our knowledge of these periods to be better people in present day America.

You will write well composed short and extended responses

You will learn to QUESTION the traditional narrative of history

You will read for fun as much as possible!!!

You will help your fellow classmates as much as possible :)

“Education is the most powerful weapon we can use to change the world.”
- Nelson Mandela

We expect you to be positive and help the entire class to learn together this year. You will leave all your drama at the door and focus one hundred percent on Humanities when you are in the Humanities classroom. Of course, we can be available to discuss personal life issues, but when you are in the classroom, we expect you to be present. We expect students to help out their classmates (except on tests, of course) and to understand that cheating and plagiarism are, under no circumstances, okay. Anyone caught cheating (copying, plagiarizing, claiming to have done work that someone else did) will be given no credit for the assignment and punished accordingly. Have faith in yourself and you will succeed, we can promise that.

Other than times when you are sick or have a valid reason from your family (and yes, you need to bring a note), you are expected to be in class every single day, with no exceptions. If you are late or absent, you will make up any work that you missed. It really is in your best interest to come to every school every single day, and of course, come to class.

Don't forget why you are in school; you are here to learn, and educate yourself, and be the best version of yourself that you can be. Your teachers are here to help you succeed, not just in seventh grade, but in life. Remember that we were in middle school at one point, as well (and yes, it was a very, very long time ago), but we do know what it's like to be in your shoes. We know that this year is going to be difficult, it's going to be stressful, you're going to learn a lot about the course material, but also about yourselves. We know that there will be arguments and yelling and there will be tears, but we also know that it will be a wonderful year and we already can't wait to see that young adults that you become by the end of the school year.