James Brindley was born at Tunstead, in the parish of Wormhill, (near Buxton, Derbyshire), in 1716, the son of James and Susannah Brindley. Brindley was a pioneer canal builder, who constructed the first English canal of major economic importance.

He set up in business as a millwright in Leek, Staffs., in 1742. As a millwright, Brindley designed and built an engine for draining coalpits at Clifton, Lancashire, in 1752. 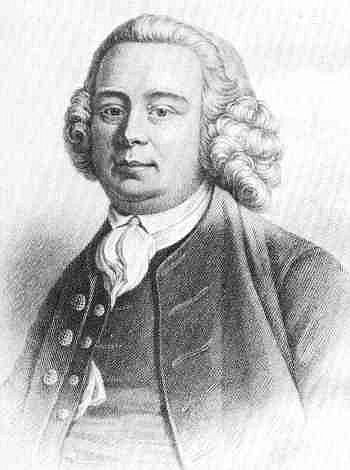 In addition to constructing mills and steam engines he became famous for his work as a canal engineer.

He was involved in the surveying and construction of the Bridgewater Canal, the Trent and Mersey Canal, the Staffordshire and Worcester Canal, and numerous others. The canal age in Britain began with the construction of the Bridgewater Canal, under the direction of James Brindley. Completed in 1765, its purpose was to move coal the 16-km (10-mile) distance from the Duke of Bridgewater’s mines at Worsley to the textile-manufacturing centre at  Manchester. Brindley's solution to the problem included a subterranean channel, extending from the barge basin at the head of the canal into the mines, and the Barton Aqueduct, which carried the canal over the River Irwell.

In 1759 the Duke of Bridgewater hired him to build a 10-mile (16-kilometre) canal to transport coal from the duke's mines at Worsley to Manchester.

Among the great canal engineers alongside James Brindley were William Jessop and Thomas Telford.

He had a share in Golden Hill colliery and was a partner of his brother John in the Longport Pottery. His brother John brought land in the vicinity of the proposed canal at advantageous terms and in 1773 (before the canal was opened) built two factories at Longport.

James Brindley married Anne Henshall on 8 December 1765 at Wolstanton church, and had two daughters, Susannah and Anne. He also had a natural son, John Bennett (1760-99), from whom Arnold Bennett the novelist descended.

In all, he was responsible for a network of canals totaling about 360 miles (580 km). The improvement in communications helped to hasten the Industrial Revolution. Brindley, a self-made engineer, undertook all his works without written calculations or drawings, leaving no records except the works themselves.

He died at Turnhurst on 27 September 1772 and was buried in the churchyard at Newchapel.