His significance as a canal engineer took off after 1759 when he began work for the Duke of Bridgewater. Brindley created a canal between the Duke’s coal mines at Worsley, near Manchester and the town itself. On completion in 1761, the Bridgewater Canal was a major engineering achievement. One feature, the Barton Aqueduct carried the canal over the River Irwell and visitors flocked to see barges on the aqueduct travelling over boats on the river. The canal was also an economic success, reducing the price of coal in Manchester and stimulating production in the Duke’s pits. Brindley extended the enterprise to build a second Bridgewater canal.
He also created additional waterways in the Midlands and the north. In total, Brindley built 360 miles of canals. 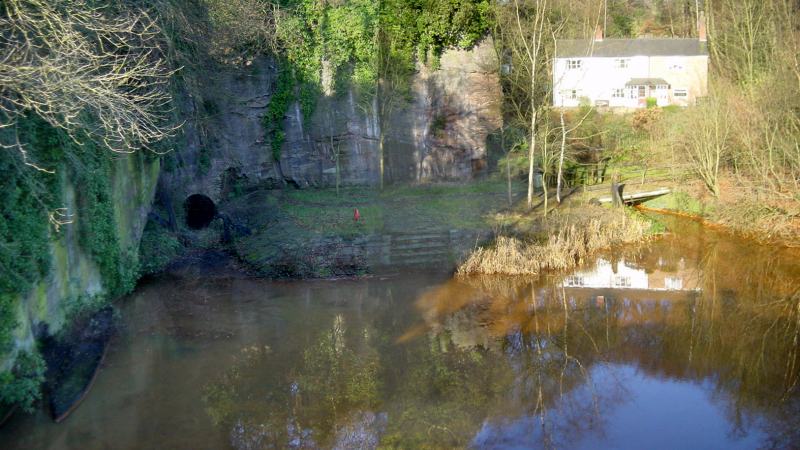 The Bridgewater Canal was built because of the Duke of Bridgewater's coal mines at Worsley. The coal seams ran under the higher ground to the north. The Duke's land agent, John Gilbert, saw that it was possible to connect the canal directly to the mines by way of an underground canal. This in turn could be used to help with draining the mines, providing a source of water for the canal. The underground canal was constructed from Worsley Delph, an old sandstone quarry near Worsley Brook. At one time a million tons of coal a year passed through this tunnel. To relieve congestion a second tunnel was constructed which met with the original about 500 yards in. Around 47 miles of underground canals were constructed, on four different levels, connected by a water powered inclined plane and lifts. The main tunnels stretch as far north as Farnsworth, with side tunnels running at right angles along the coal seams. Specially designed boats were used in the tunnels. These were only four and a half feet wide with protruding ribbed sides and so were given the nickname of "starvationers". These were loaded with coal at the coal face, were hauled from level to level on the inclined plane and brought the coal out onto the canal. The remains of one of these boats is seen near the entrance to the tunnels at Worsley Delph.