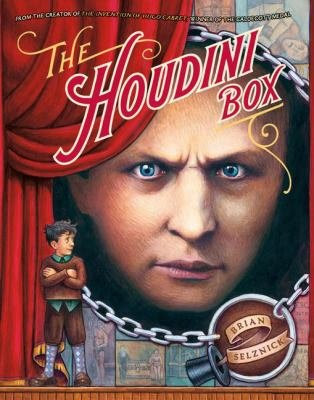 appeared      came into sight, was seen

bustling         being noisily busy and in a hurry

monument     something set up to honor a person or an event

Young Victor wants to be a magician like his hero, famed escape artist Harry Houdini, but his attempts at escape end up as disasters. One Halloween night, he receives a wooden box at Houdini's house. Victor opens it many years later and discovers Houdini's secrets.