Yes, we're all crazy, too. It's crazy! To start, it's a little crazy to decide to bilingual homeschooling in the first place. If you want to homeschool your kids in two languages, especially a language that isn't your own, you're crazy.

But, I think it's worth the money! Insanity doesn't matter to me because I love it, and I want to do it. We're indeed all crazy, but one day our kids will thank us for our crazy.

Besides, it's OK to be crazy. Many people will think you're crazy and say it won't work. Because they don't think outside the box, and they haven't tried it. When in doubt, go for it.

The last thing I would say about being crazy is that it's OK to take a break if it gets too crazy at certain times. When we moved to the East Coast, that was hard for me. I didn't speak Spanish for the first six months we lived there.

We knew that. During this time, our Spanish went down until I could get back on my feet and we could find our community again. Because of that, I had to make up for that.

There are times when things get crazy, but don't feel bad if you need to take a break. It's fine. Return to it when you can. This is something I've learned the hard way. First, I bought a curriculum in English and decided that we had to finish it all in both languages.

It was a colossal mistake (read all about it here: The Time I Failed Bilingual homeschooling Kindergarten). Because we don't have to do everything in both languages, I had to stop thinking about it.

In the more, I've learned, and the longer I've been Bilingual homeschooling, I've realized that knowledge and skills can be used anywhere. There are many things that I can teach in Spanish, but there are also a lot of things that I need to teach in English.

You might not be able to keep up with history in English because the language is so hard, and there are so many different words that you can't learn as you go along, like in the past. On the other hand, we only study math in Spanish because the vocabulary is there, and I can look it up and learn new words as we go.

There is another thing I'd like to say. Over the years, I've bought curriculum just because it was in Spanish. The math curriculum that I purchased was in Spanish, but it wasn't good, and it didn't work. It was a costly way to learn. But I realized that the curriculum is more important than the language.

In the long run, if you have a weak curriculum, you'll spend a lot of time on the Internet looking for other curriculum and trying to fill in the gaps. But if you have a good school program, you won't have to do that at all.

The extra work to look up and learn all the math terms I didn't know took some time. That's not true. We were doing math in Spanish, but we couldn't even start with the curriculum in Spanish because the curriculum was terrible.

Also, I'd rather spend my time learning Spanish than filling in the gaps in the curriculum at school.

A Year of Playing Skillfully is the best preschool curriculum I've used all these years, hands down. Beautiful, gentle, play-based curriculum for kids in the first two or three years of their lives Because it's written in English, but you can show all of the information in Spanish with no trouble.

However, there are now a few options for the preschool curriculum in Spanish, which is excellent! Some of these curricula look good, but I haven't used them with my kids. You can look at them if you want.

This is a literature-based PreK program that is broken up into units. Each unit has four weeks of activities about the same thing, like insects, food, or night. There's no better deal than $5 per unit. The units can also be bought in English.

With My Family: This is a screen-free Spanish learning program for kids. It could easily be used as a Spanish immersion PreK program if you did all of the activities in Spanish and only spoke Spanish. This program is different because it is based on Montessori and Waldorf ideas, which means there are no worksheets and many activities are based on nature.

When I write about resources for bilingual homeschooling, I have to include Lelu Boxes. Even though this isn't a preschool program, I couldn't leave them out of the list of things. This subscription box comes with everything you need to have a tremendous Spanish immersion experience in your own home. For younger kids, they have a television. We will use Lelu and A Year of Playing Skillfully for our Bilingual homeschooling this year. 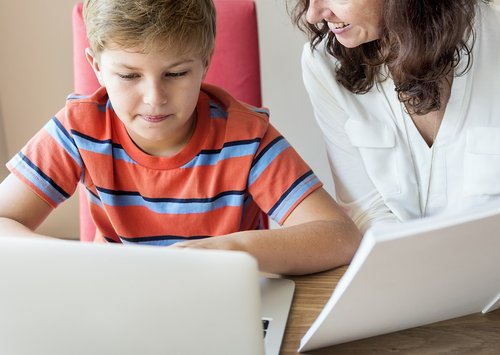 As they get older, it gets more and more difficult for them to speak the language of their minority group. Now that I don't speak Spanish like I used to, I can't keep up with it enough to talk about race relations or World War II with other people.

I think that for as long as you can, at least for PreK and even Kindergarten, you should do all your formal schooling in the other language. First, I didn't do that with my first two kids. With my third one, who will be in Kinder in the fall, I will do all of his formal studies in Spanish this coming school year. Also, starting him with Spanish phonics instead of English phonics at the start of the class

If you want to teach a child to read, you should start with their primary language. However, some people think it's OK to start learning how to read in a different language.

When I think about it, this is a conclusion I've come to through experience rather than research. It goes back to my previous point that it's best to emphasize the minority language in the first few years. Putting Spanish ahead of English in our bilingual homeschooling by learning to read in Spanish first is just one way to give it a better chance than English. 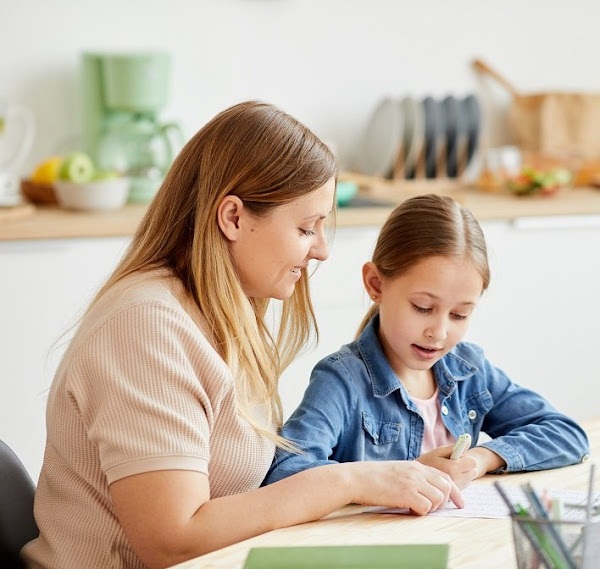